Samel: “This is a playoff game for us, and we approach it that way” 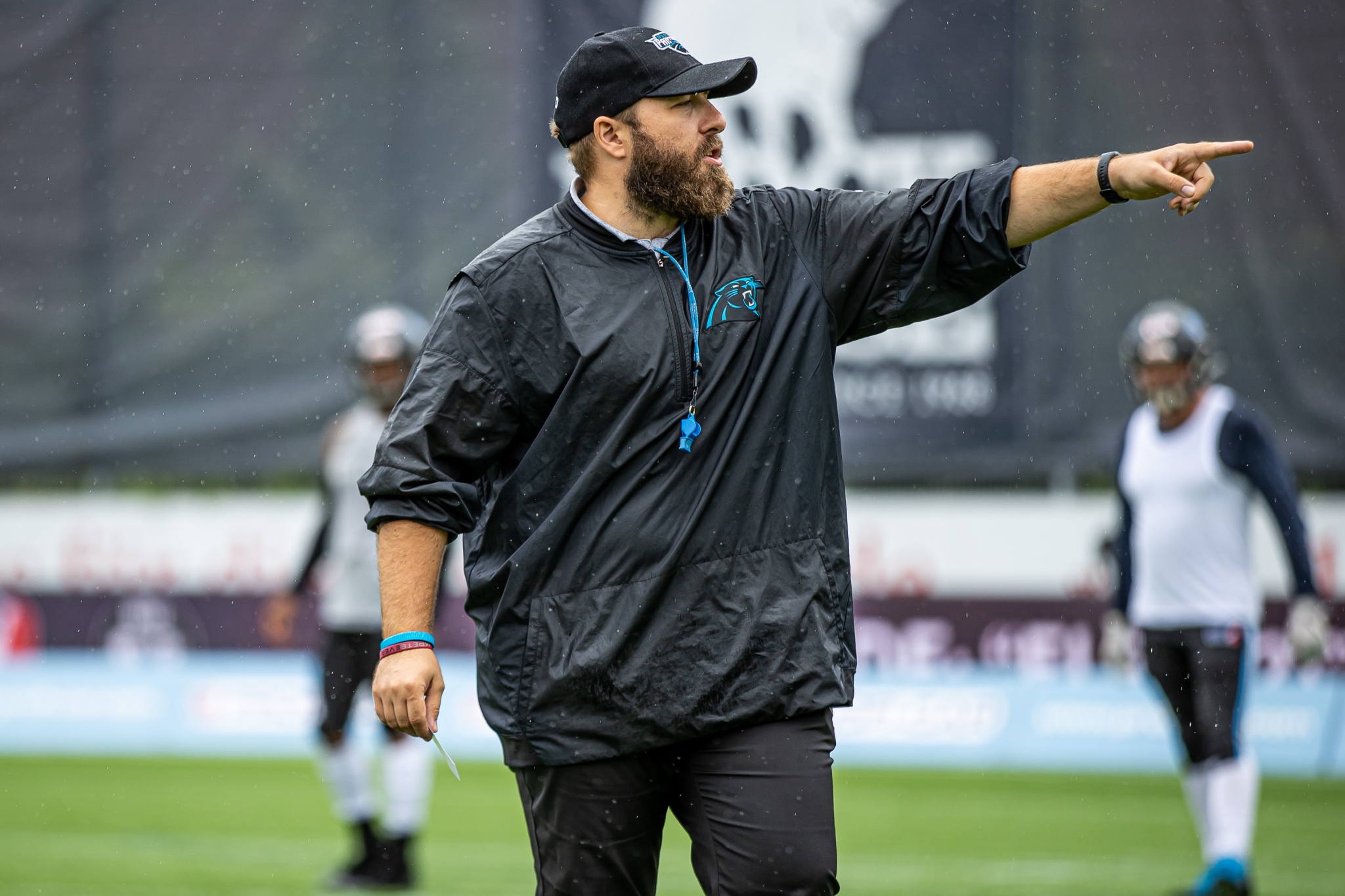 Panthers HC Samel on the field during warm-ups before their game against the Sea Devils. Credit: Łukasz Skwiot

The 5-4 Panthers look ahead to a do-or-die matchup against the 5-4 Kings on Sunday at 3 p.m. CEST. Both teams need to win this last game of the regular season to clinch the last playoff spot in the North Conference behind the number one ranked Hamburg Sea Devils.

The Panthers will face a strong team in Leipzig which improved over the last few weeks of the regular season. Panthers Head Coach Samel touched upon the Kings’ roster and their improvements in our conversation: “The Kings and [Head] Coach Armstrong did a phenomenal job [of] putting a team together in a very short time and they made huge improvements every week”.

Samel also explained his view on the Kings and their strengths: “They are well balanced and explosive, and you see their chemistry is getting better every week”.

Throughout our conversation, Samel highlighted the readiness of his team: “Our whole team is ready and focused on the challenge ahead of us”. On top of their focus, the Panthers have a certain approach towards the game on Sunday, as Samel explained: “This is a playoff game for us, and we approach it that way. We are looking forward to face a great team that has shown very strong performances in the last weeks”.

The Panthers started to prepare for the Kings right after their review of their win against the Berlin Thunder last weekend: “We started [our] preparation right after the review of the game against Berlin. We focused an all three phases of the game because Leipzig has shown that their playmakers on the field can change the game on every given snap”.

Just like Kings Head Coach Armstrong emphasized, both teams are looking to control the playmakers to avoid explosvie plays.

As Samel pointed out, the Panthers know about the Kings fans and the atmosphere in Leipzig: “I know they have great crowds and [a great] atmosphere for the home team. So, we need as much [of] our fans as possible to travel [to Leipzig] and support us on the road for this game”.

Despite playing on the road, Samel is looking forward to the matchup against the Kings this Sunday: “[I am] looking forward to compete with a great team led by a great [Head]Coach. Hopefully, we will create a very entertaining game for the spectators in the stadium and on television to further promote the league and football overall”.