Two of the best defenses in the league face off in the “Game of the Week”! 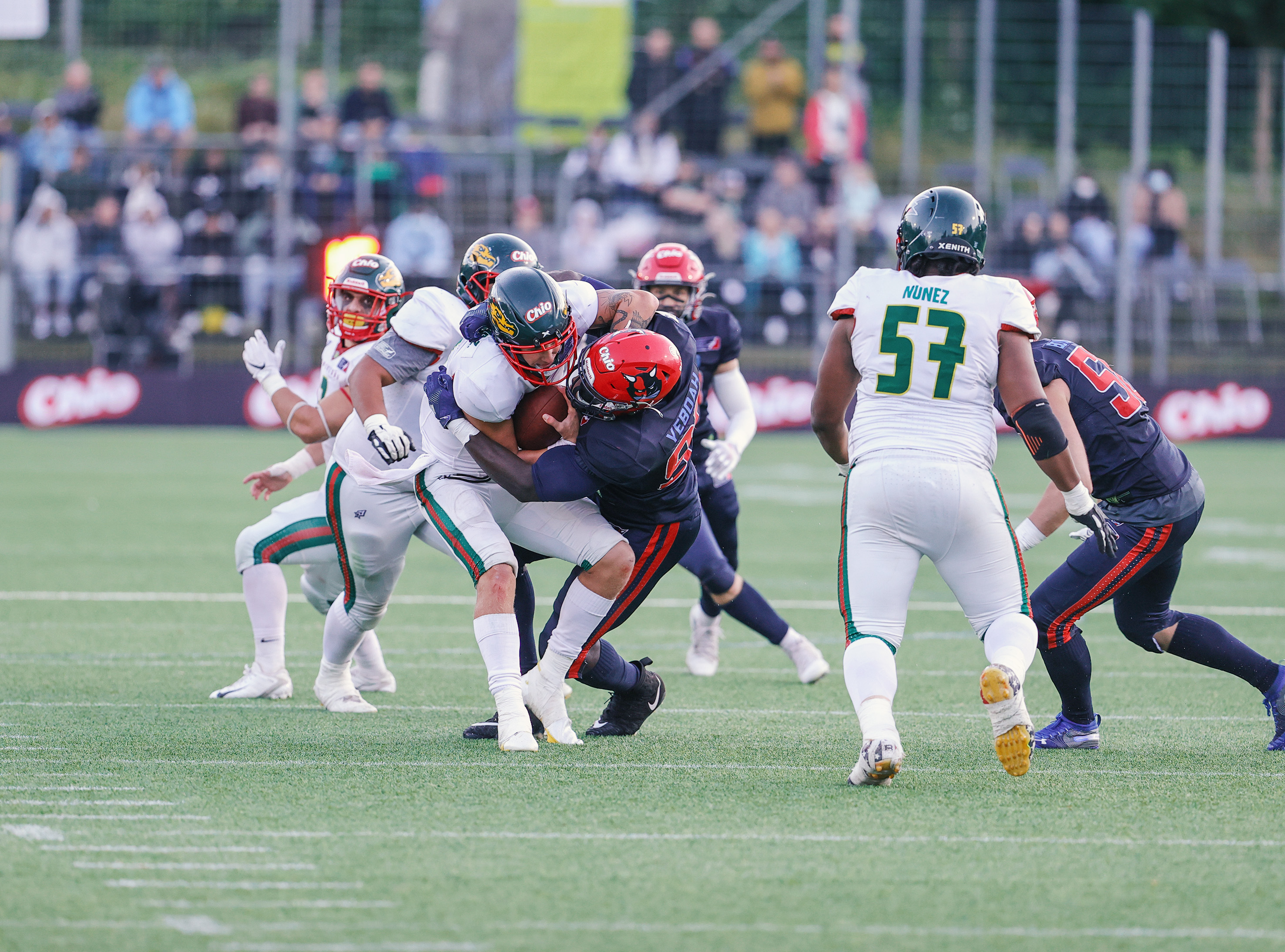 The two-time “Chio MVP of the Week” vs. improved Dragons defense

I know this gets old, but Centurions running back Madre London did it again. With 39 carries, London rushed for 320 yards and four touchdowns in week seven against the Panthers. Although the Centurions have such a strong run game week in and week out, they are also capable of leaning on their passing game as well. Centurions quarterback Jan Weinreich showcased his abilities in their week six win over the Stuttgart Surge when he passed for over 300 yards including four touchdowns. So, when you play the Centurions, you must pick your poison.

However, the Dragons steadily improved on defense over the last few weeks and made life difficult for the 6-0 Sea Devils last Sunday. With three interceptions, six sacks, and twelve tackles for loss, the Dragons defense is a force to be reckoned with. Despite such a great defensive performance against the pass, the Dragons allowed an average 220.3 rushing yards to their opponents this season which ranks dead last in the league.

So, keeping all these stats in mind, it will be interesting to see what the Dragons will do defensively against a dangerous offense in a great matchup on Saturday at 7p.m. CEST.

The Kings have one of the deepest groups of wide receivers in the European League of Football. Playing with their backup quarterbacks, the Kings still averaged 273.5 passing yards against their opponents which ranks second in the league. Now, starting quarterback Michael Birdsong is back on the field after missing a few weeks due to a foot injury. Birdsong had 328 passing yards and three score sagainst the Thunder last week which even tops the season average.

The Surge struggled with their pass defense in the first half of the regular season.Having allowed 283.5 passing yards and 440.7 yards overall, the Surge must come up with a solution to stop the dangerous passing attack out of Leipzig. However, the Surge secondary is also one of the youngest in the league with 21-year-old cornerback Marcel Dabo facing the number one receiver of the opposing team in every game so far.

It will beexciting to see what the Surge defense will do against the high-powered passing attack of the Kings in Leipzig on Sunday at 3 p.m. CEST.

The “Game of the Week” will be one of the most entertaining matchups of the season sofar. After the 6-0 Sea Devils won against the 5-1 Frankfurt Galaxy in week one, both teams will be poised to win this rematch in week eight.

So far throughout the season, the Sea Devils defense ranks first in almost all statistic categories. Their dominant defense only allows an average 49.8 rushing yards, 208.3 overall yards and 12.5 points per game. With those impressive numbers, they will look to pressure opposing quarterback Jakeb Sullivan to keep him from scoring points.

The Frankfurt Galaxy defense ranks second in almost every defensive category. They only rank first in allowed passing yards as they averaged 155.0 passing yards per game which is the fewest by any of the eight teams in the league. A new addition to Frankfurt’s defensive backfield is Fernando Lowery who was signed after the season-ending injury of American defensive back Desmond Cooper.

As already mentioned, both teams statistically have the top defense in the European League of Football and will look to use them to their advantage. In my opinion, this matchup will come down to what defense has the more dominant performance at the PSD Bank Arena in Frankfurt on Sunday at 3 p.m. CEST.