Two games on Saturday and the "Game of the Week" on Sunday guarantee some critical matchups to look out for. 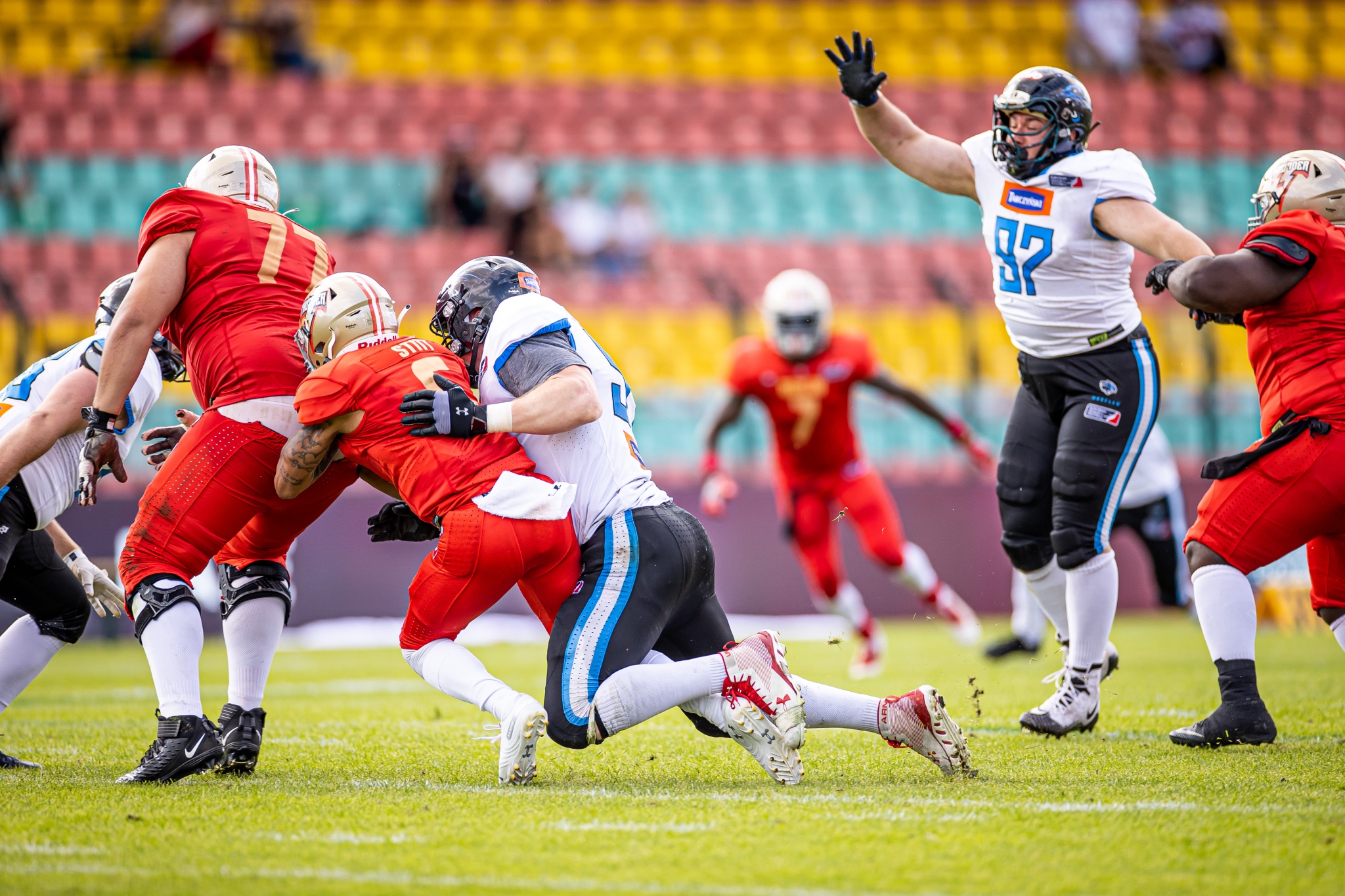 This week brings three games that will be entertaining and exciting to watch. All games also feature critical matchups between player units and individual players that could decide a game. The 3-1 Wrocław Panthers will host the 4-0 Hamburg Sea Devils in a game between the two best teams in the Conference North on Saturday at 3 p.m. CEST. The 1-3 Berlin Thunder will travel to Spain to face the 0-4 Barcelona Dragons for an exciting interconference matchup at 7 p.m. CEST. The “Game of the Week” will be played on Sunday at 3 p.m. CEST with the 2-2 Stuttgart Surge hosting the 2-2 Cologne Centurions. Let’s have a look at the most critical matchups this week.

You can't deny that the 4-0 Hamburg Sea Devils have one of the best, if not the best, defensive line in the European League of Football. They will look to wreak havoc once again on Saturday against the 3-1 Wrocław Panthers. The Panthers have a solid offensive line that allowed just one sack against the Berlin Thunder last week. However, looking back at their matchup against the Frankfurt Galaxy and their loaded defense, quarterback O’Connor was under constant pressure and ended up throwing four interceptions. So, in my opinion this matchup will come down to the battle between the Panthers offensive line and the Sea Devils defensive line. It will be interesting to see what both teams have in store for this matchup between the current top two teams in the Conference North.

Yes, you read that right. I know that offensive lines do not directly play against each other. However, Dragons quarterback Edwards and Thunder quarterback Stitt were constantly on the run for the past few weeks and got tackled and sacked numerous times. So, in my opinion it comes down to which offensive line is able to protect their quarterback in this matchup. In case of the Berlin Thunder, it will be difficult to protect quarterback Stitt at all times, keeping in mind that a handful of players on their offensive line are injured, including their starting center. As for the Barcelona Dragons, the switch to Giuliano Cattaneo as their new Offensive Line Coach already showed some positive impact last week against one of the best defenses in Frankfurt. So, I am looking for a solid performance by the Dragons offensive line on Saturday which would give Edwards more time to find his receivers Constant, Bertellin, and Flores deep.

The “London Express” vs. the“Surgeons”

This is one of the most anticipated matchups in week six of the European League of Football. The Cologne Centurion will travel to Stuttgart with the best rushing attack in the European League of Football. Running back Madre London currently stands at 1075 rushing yards and eleven rushing touchdowns in only four games played. He will look to keep the “London Express” moving against an updated Stuttgart Surge defense. One of the new faces of the Surge defense is linebacker Zachary Blair who already made his name heard in Stuttgart’s last game. In this case, he pairs up with fellow Surge linebacker Dale Warren to form one of the best linebacker-tandems in this league. The two “Surgeons” are operating smoothly with timing blitzes, setting up pressures and also reading coverages. Most importantly, both linebackers like to hit and tackle whoever has the ball in their hands. With 71 combined carries in London’s last two games, the player with the ball in his hands will be most likely London himself. So, look out for the matchup between Centurions running back Madre London and the two Stuttgart “Surgeons”.