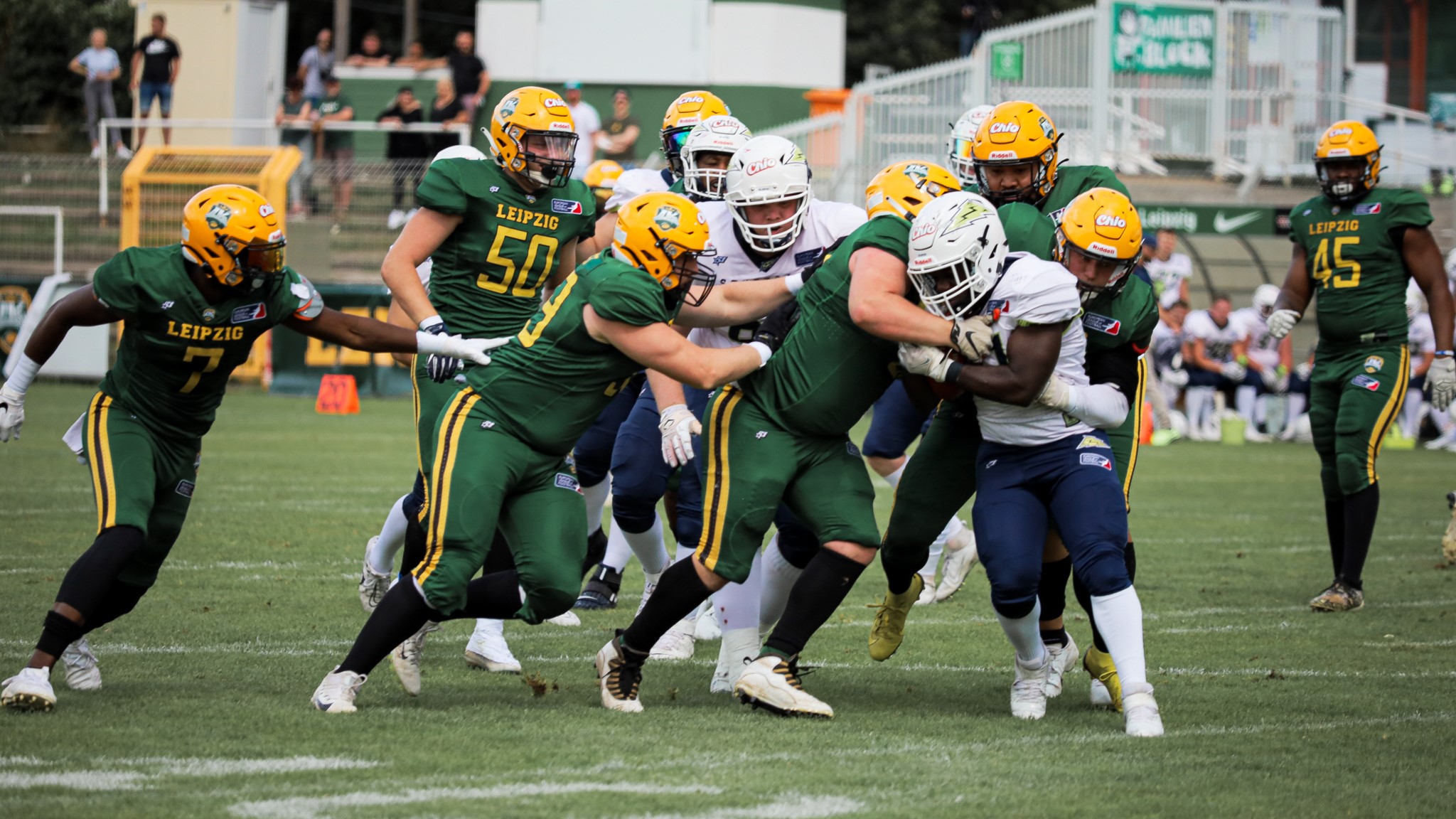 The race to the playoffs is picking up steam. There are a few teams who face a must-win this weekend to stay competitive in their conference.

The 4-3 Cologne Centurions will host the 3-4 Leipzig Kings at home to battle it out in an entertaining interconference matchup on Saturday at 3 p.m. CEST. On Sunday, the 1-6 Berlin Thunder will face the 3-5 Barcelona Dragons in another exciting interconference matchup which is a must-win for the Dragons. Last but not least, the 7-1 Sea Devils face yet another tough task against the 3-4 Wrocław Panthers which desperately need a win after a loosing the last three games.

Let’s have a look at some critical matchups that could have a big impact this week!

Before the Centurions bye-week, Madre London did it again and rushed for over 300 yards and four total touchdowns against the Dragons. London stands at 1762 rushing yards and 20 rushing touchdowns coming into week ten of the regular season. Averaging 251.7 rushing yards per game, the Kings front seven will have their hands full trying to stop London.

Kings’ defensive tackle Lance Leota weighed in on London: “Madre is not any ordinary RB. He’s elusive, can break tackles and has shown to gain monster yards”. However, Leota believes the Kings defense is ready to take on the task: “But just as any other game, we’ve had a great week of practice and have prepared for whoever lines up in front of us”.

Having the second most sacks in the league, Kings’ defensive end Kyle Kitchens told us that he loves to play with “Big Lance”, “All You Can Eat Buffet”, and all the other players on Leipzig’s defense. Kitchens thinks that stopping the run will be the number one goal against the Centurions: “We must stop the run game on defense and win the three phases of the game. Our offense is going to score, we just have to do our part on defense to help out our offense”.

In ou rconversation, Kitchens compared London to one particular NFL legend: “[…] He is like the Adrian Peterson for this league, he is a tough back”. Keeping this high praise in mind, the Kings defense will have their hands full with a Centurions offense that is coming refreshed off a bye-week with their eyes on the playoffs. It will be one of the most exciting battles to watch this weekend!

The Barcelona Dragons will face the Berlin Thunder in a must-win game if they want to stay in the race to the playoffs! Having the passing leader of the league as your quarterback certainly helps that matter. Dragons quarterback Zach Edwards has thrown for 2206 yards and 21 touchdowns this season. Both rank him number one in the league of which his receivers Constant amd Bertellin profit from as they both rank in the top three of receving leaders themselves.

Although the Thunder are officially eliminated from the playoffs, they are capable of fighting until the last whistle blows as they showed against the Sea Devils last week. Having said that, quarterback Edwards has to be set under pressure to disrupt the offensive rhythm.

Edwards showed that he can make plays all over the field, if his offensive line gives him enough time. What makes it even more difficult for the Thunder defense, is the fact that Edwards is a dual-threat quarterback who also likes to run the ball himself.

Look out for the Thunder defense trying to contain Edwards in the pocket and setting him under pressure to limit the Dragons offense. If Edwards has enough time in the pocket, it will possibly be a long day for Berlin’s defense.

The Panthers signed wide receiver and running back KaVontae Turpin to their roster over a week ago. Although his practice time was limited prior to his first outing for the Panthers, he already ranked second in all-purpose yards for the team when they played against the Galaxy.

Having a full week of practice under his belt, Turpin could be the x-factor in an exciting North Conference showdown. Interestingly enough, the former TCU product lined up at running back, wide receiver, and as a returner on special teams. So, he should get a lot of touches this week against a Sea Devils defense that still misses players like Kasim Edebali and Jan-Phillip Bombek.

Despite those injuries, the Sea Devils defense is still ranked number one in rushing defense and third in passing defense. In addition, Panthers quarterback Lukas O’Connor threw four interceptions against the Galaxy for a second time this season. It will be interesting to see how well he can bounce back from that performance and how good of a connection he has with Turpin after a full week of practice. Look out for the latest addition to the Panthers offense when he lines up against the Sea Devils on Sunday at 3 p.m. CEST.