The Cologne football franchise has found its offensive playcaller for the upcoming European League of Football season. 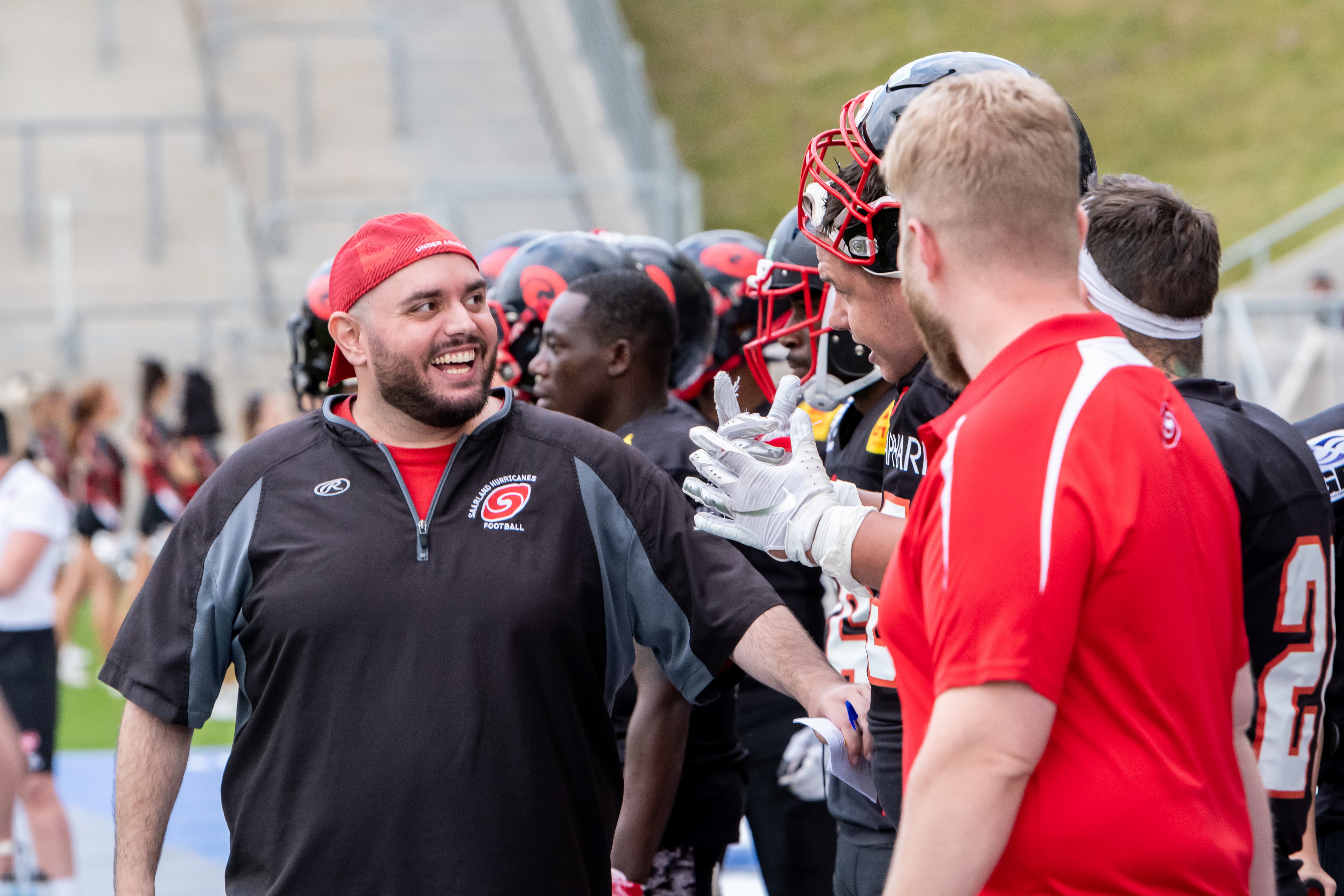 Christos Lambropoulos (left) is the new offensive coordinator of the Cologne Centurions for 2023 in the European League of Football. © Demmer Fotografie

With Christos Lambropoulos, the Cologne Centurions get their offensive coordinator for the 2023 European League of Football season from the Saarland. The 33-year-old native of Greece was active last year in the German Football League with the Saarland Hurricanes as head coach.

While his coaching career began down-under in Sutherland, Australia, Lambropoulos has already made a name for himself in Germany. He was active in the neighboring Düsseldorf. The young coach is considered a talent and, as "Coach of the Year 2021" in the German league, was a popular candidate for the vacant positions of the European League of Football teams.

David Drane: "Convinced he will help us a lot"

For Cologne's general manager David Drane, Lambropoulos is the perfect complement to head coach and defensive coordinator Kahlil Carter: "Christos brings coaching experience in Europe and an aggressive offensive style to our team. Heis very popular to his players and is also very knowledgeable about his strategy and style of play. We are pleased to have signed the former "GFL Coach of the Year", and are convinced that he will help us a lot on theway to a successful season."

Lambropoulos: "I can't wait to get to work"

Christos Lambropoulos is also looking forward to the challenge in the cathedral city: "I feel honored to be a part of the Cologne Centurions. I am looking forward to getting to know players, coaches and staff in Cologne and to work with everyone to build a strong offensive unit. I would like to thank GM David Drane and head coach Khalil Carter for the opportunity to be a part of this great organization. I can't wait to get to work so we can give Cologne and the great fans successful football next season."