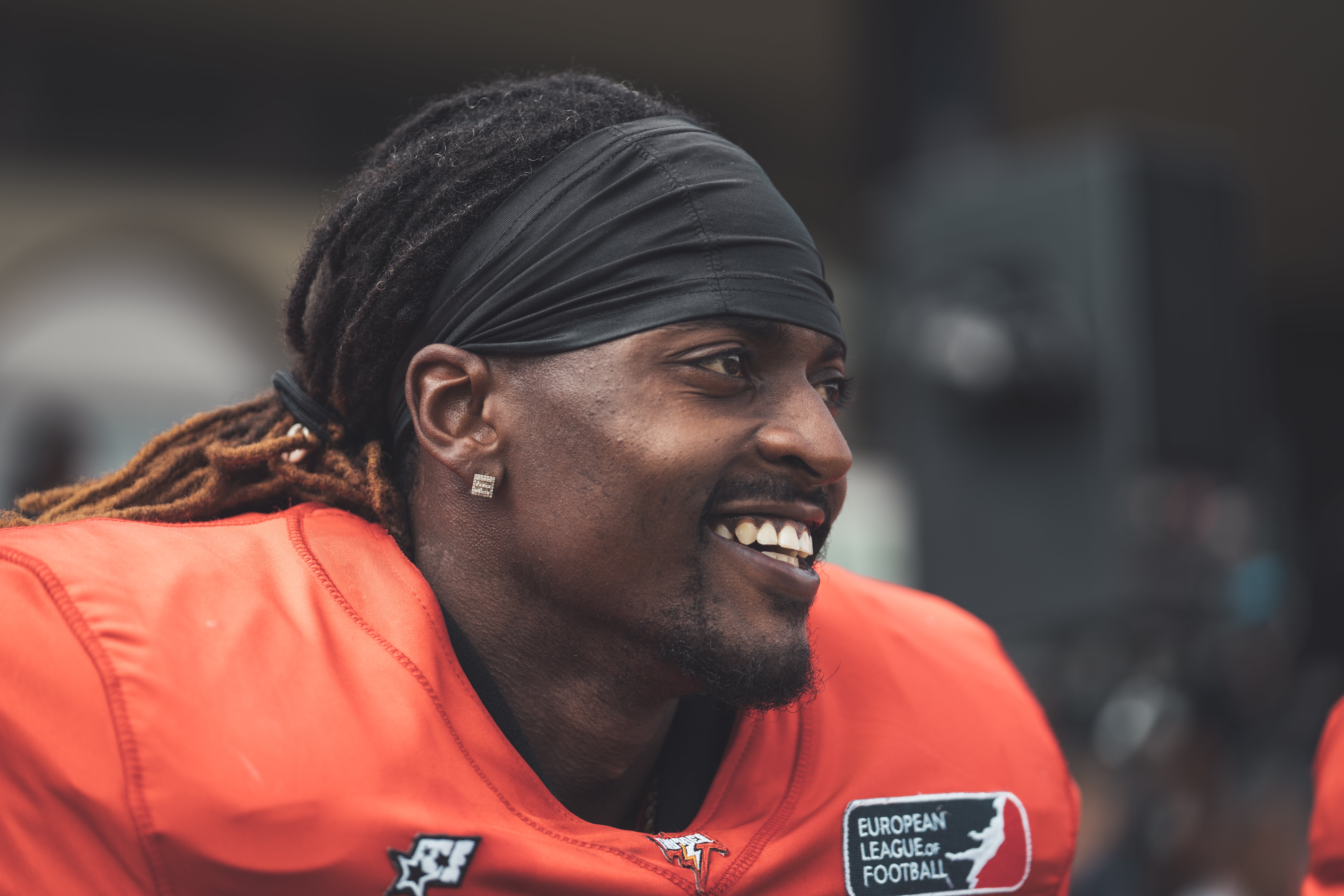 There was one player on the field in Berlin that dominated the game on Sunday: Seantavius Jones. The former NFL player was brutally productive early on by catching all of his three touchdowns in the first half of the game. He finished with an impressive 155 receiving yards on nine receptions. On top of these incredible stats, he also converted three two-point conversions throughout the game. This means that Jones scored six times against the Stuttgart Surge defense. However, it was not only his production that stood out. He also blocked well on running plays that allowed Berlin Thunder running back Joc Crawford to gain a lot of yards. In particular, Jones cleared out the way on the last touchdown run by blocking three Surge defenders to create a path along the sideline for Joc Crawford.

Seantavious Jones has a lot of experience playing wide receiver as he played Division II college football for Valdosta State. He then went on to play in the NFL for the New Orleans Saints in 2014 to 2015 after he went undrafted. During that time span, Jones was teammates with Hamburg Sea Devils star pass-rusher Kasim Edebali. Jones went on to be part of the Philadelphia Eagles, the Kansas City Chiefs, and the Indianapolis Colts during his five years in the NFL. He was also part of teams in the AAF and the XFL before he signed with the Berlin Thunder. Jones is now one of the most productive wide receivers in the European League of Football. He now looks to be just as productive against the Hamburg Sea Devils next Sunday at 6pm CEST.