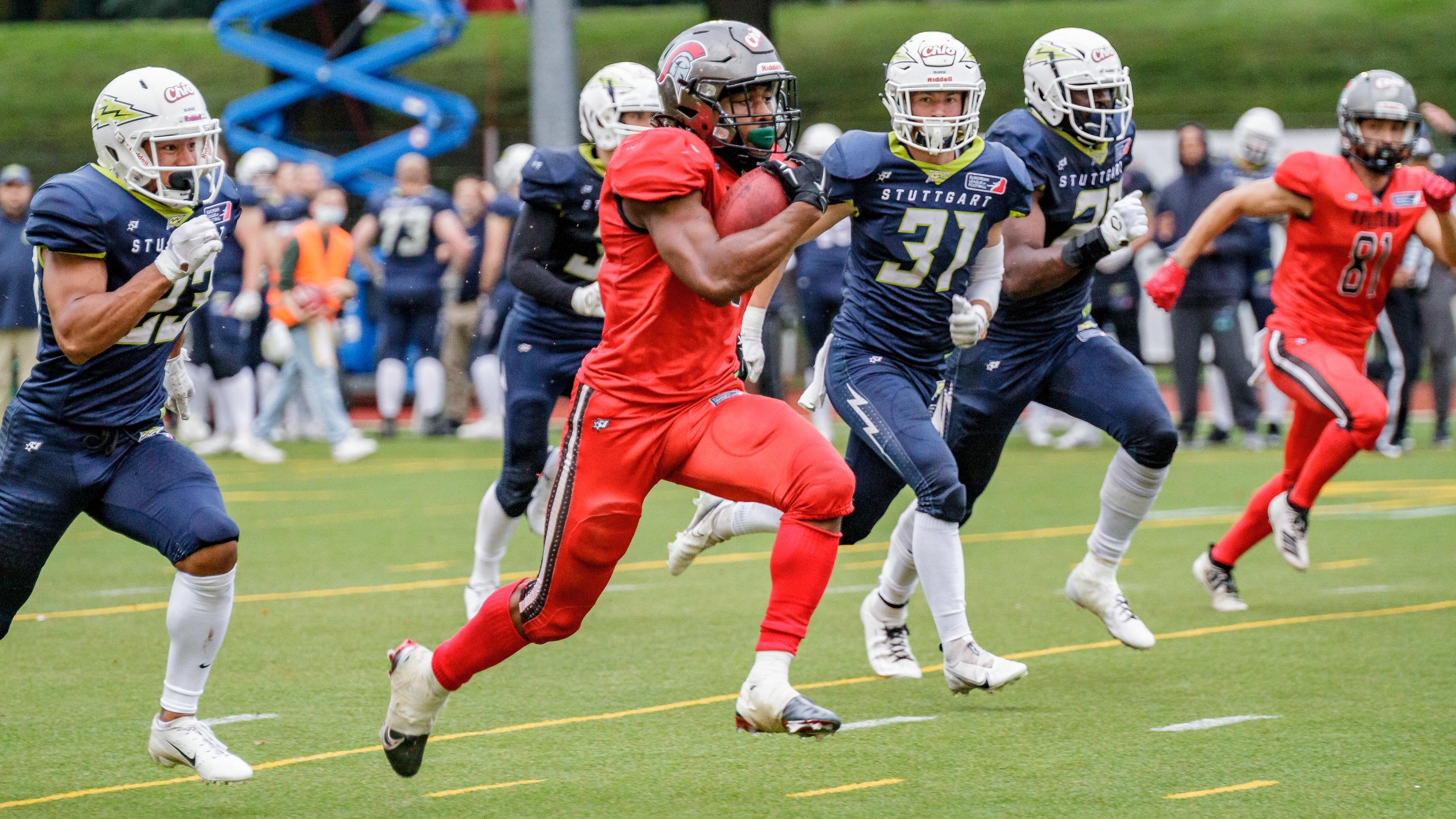 The league’s rushing leader did it again. For a third time this season, Centurions running back Madre London earned the “Chio MVP of the Week” award. London rushed for 138 yards and one touchdown and caught another touchdown thrown by quarterback Jan Weinreich as well. His strong performance helped his team win after trailing the Stuttgart Surge by nine points in the second quarter. With their win on Sunday, the 5-4 Centurions officially clinched their playoff spot.

In our interview, London explained how he feels to have won the MVP award for a third time this season: “It’s a blessing and an honor to be announced MVP for the third time this season. Considering the votes are based off the fans and my peers, it means a lot. But to be honest, my offensive line, the fullback, and the tight ends are the real MVP’s. They made it happen for me”.

London not only won the MVP award this week, but he reached a milestone of 2000 rushing yards as well in his last game: “It’s a milestone for sure, for the team and myself. But it’s not over, [I] can’t be satisfied. We’re excited to be apart of the first [European League of Football] playoff games”, London explained. Despite being the rushing leader with 2009 rushing yards and 22 scores on the ground, London is open to be more active in the passing game as well: “I definitely can see myself doing more inthe passing game, but only time will tell. We just will have to see”.

Although London is a monster at running back, he wants to improve his speed in the offseason: “My weakness to me is speed sometimes, it depends on the day. But I definitely can and will improve more in that area this off-season”. When being asked about his strengths, London listed a few: “Catching abilities, vision, foot work, explosiveness, and just being a tough hard-nose runner”. It will be interesting to possibly see an even faster version of London next year with all his strengths already at display.

At the end of our conversation, London touched upon the playoff-matchup against the Frankfurt Galaxy: “It will take all 22 players on defense and offense to have a great game. And it will come down to playmakers stepping up and making big time plays. What we can do to get that win is not turning the ball over and not getting penalties on offense. And for defense, we will need to get turnovers and have a complete game. Special teams will play a big part as well”.

Keeping these goals in mind, the three-time “Chio MVP of the Week” will face the 8-1 Frankfurt Galaxy in week twelve of the regular season before the Centurions and the Galaxy meet again in the playoffs.