Centurions RB London did it again! 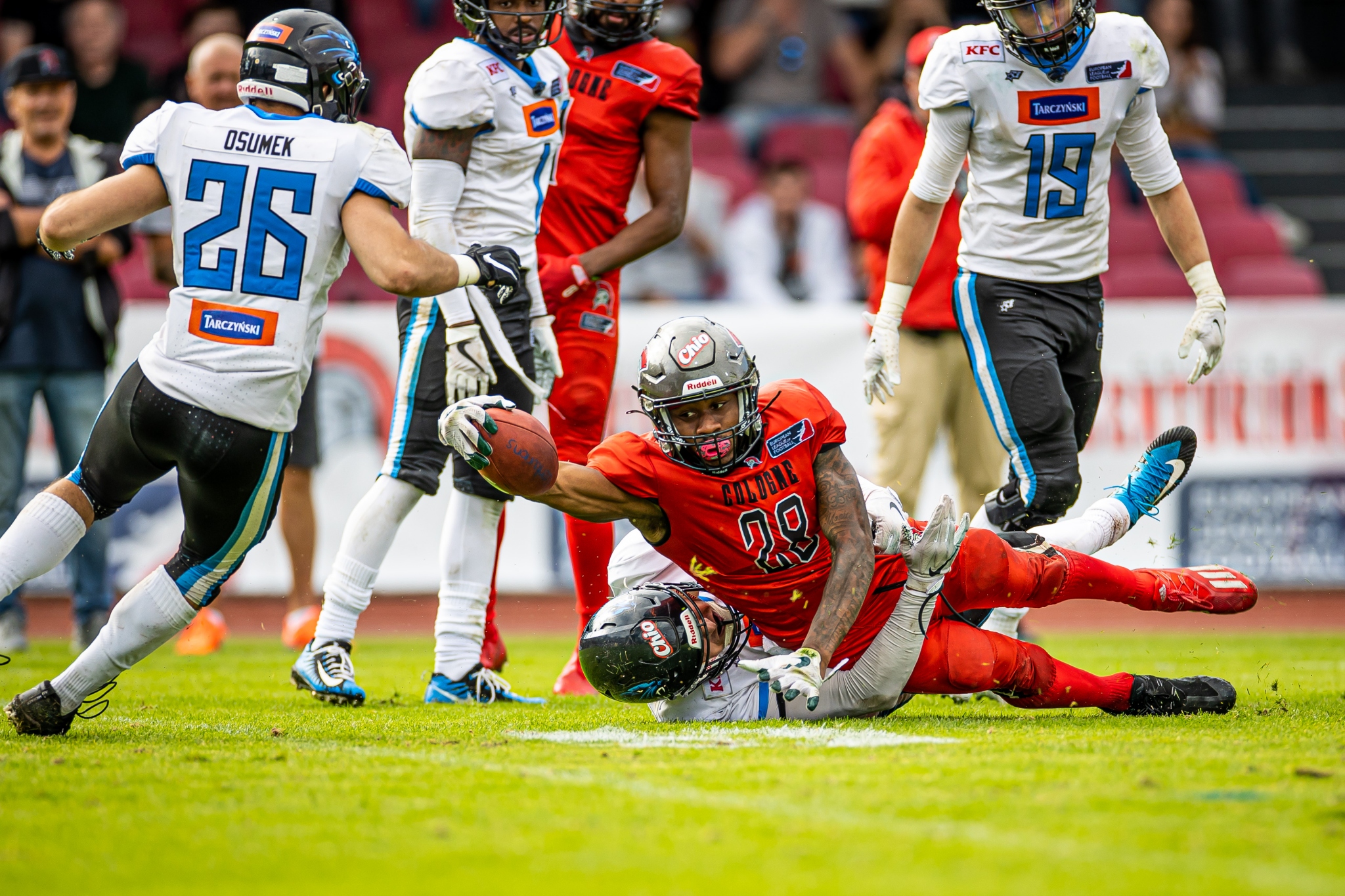 The seventh week of the regular season is in the books and featured incredible performances by a number of players. One of the two players up for the “Chio MVP of the Week” was Centurions running back Madre London. With another stellar performance against an interconference opponent, London racked up 320 rushing yards and four rushing touchdowns. Again.

MVP for a second time

We talked to London about his MVP-worthy performance and how he feels to be the only player so far to be the “Chio MVP of the Week” twice: “It’s a blessing for sure. It’s a humble experience to be able to be the MVP a second time this year. I just got to give credit to my [offensive] line obviously, you know, I can’t do nothing without those guys. Blocking it for me, making it really easy for me. And our wide receivers were blocking for me as well. But most importantly I have to thank the fans for voting for me. Without them, I would have never been able to be nominated. So, I want to thank everybody that voted for me to be the MVP [of the Week].” London was already selected to be the “Chio MVP of the Week” in the second week of the regular season after he rushed for over 300 yards and scored four rushing touchdowns as well.

All about the team

London was not sure how many touchdowns he had in the game when we asked him how he feels to have scored four touchdowns in just one game: “It felt good. I didn’t know how many touchdowns I scored, I just knew I want to make plays. […] So, every play I’m trying to make a big play, take what they give me.” The star running back also touched upon his perspective of the game yesterday: “From the perspective of the game though, we had to run the ball to open up the pass game […]. We got things rolling for us, we just had to be more physical than them. We knew it was going to be a hard fought game. We just stayed with it, stayed to our roots and that’s running the ball and passing the ball. […] And I felt like the game was in our favor for sure.”

Stats are not important

In six games, London now rushed for almost 1500 yards and 16 rushing touchdowns. Because of those unbelievable stats, many fans are wondering how many rushing yards London will have at the end of the season. When we asked him if he has any personal goals, he just pointed to a very important goal for the team: “I don’t [have] no personal goals for my stats. I’m just trying to go out there and […] be able to make plays when my number is called. But a personal goal for me, which is really for the team as well, is just […] winning games and [to] be in the championship September 26th. You know, I don’t want to look too far ahead obviously. We got Barcelona [next week]. I came out here to win games and to win championships […]. I’m not really too worried about the personal goals or stats and things like that, I am here to win a championship with my team. And I feel like you got to take it one game at a time, beat Barcelona, and keep adding them up. Hopefully, we can get out there September 26th and win a championship.”

The American running back also touched upon his work ethic and his routine: “It’s a blessing man to see how the hard work is paying off. I can’t get satisfied. I pray about staying humble, hungry, and healthy. If I do those three things, it should be good for whatever is coming for me. […] I put the work in day in and day out, even on the off-days. I feel real confident about my work ethic and about my performance on the field. […].”

The 12th man on the field

At the end of our conversation, London talked about his love for the fans and for his teammates: “Shoutout to the fans. We definitely couldn’t win the game without you all. It was like a 12th man. You know, out there it was loud, great atmosphere and we appreciate you all for coming out. And for my team man, way to handle adversity. You know, the way they come out there and compete. And for my [offensive] line, I love you all. You make a real good impression on this league and you’re the best in the league for sure. From the left tackle all the way down to the right tackle. Even when we are going through adversity as far as injuries […] people stepping up […]. We still got a lot more to go, we can’t get satisfied of just this win. We still got Barcelona and other games as well […].” As London already looks ahead to their matchup in week eight of the regular season, the Centurions will travel to Barcelona to face the 1-5 Dragons. This will be the second time both teams matchup this season. As mentioned before, London won the MVP award when he played against the Dragons in week two. Can he repeat his incredible performance this Saturday and take the Centurions to 5-2?