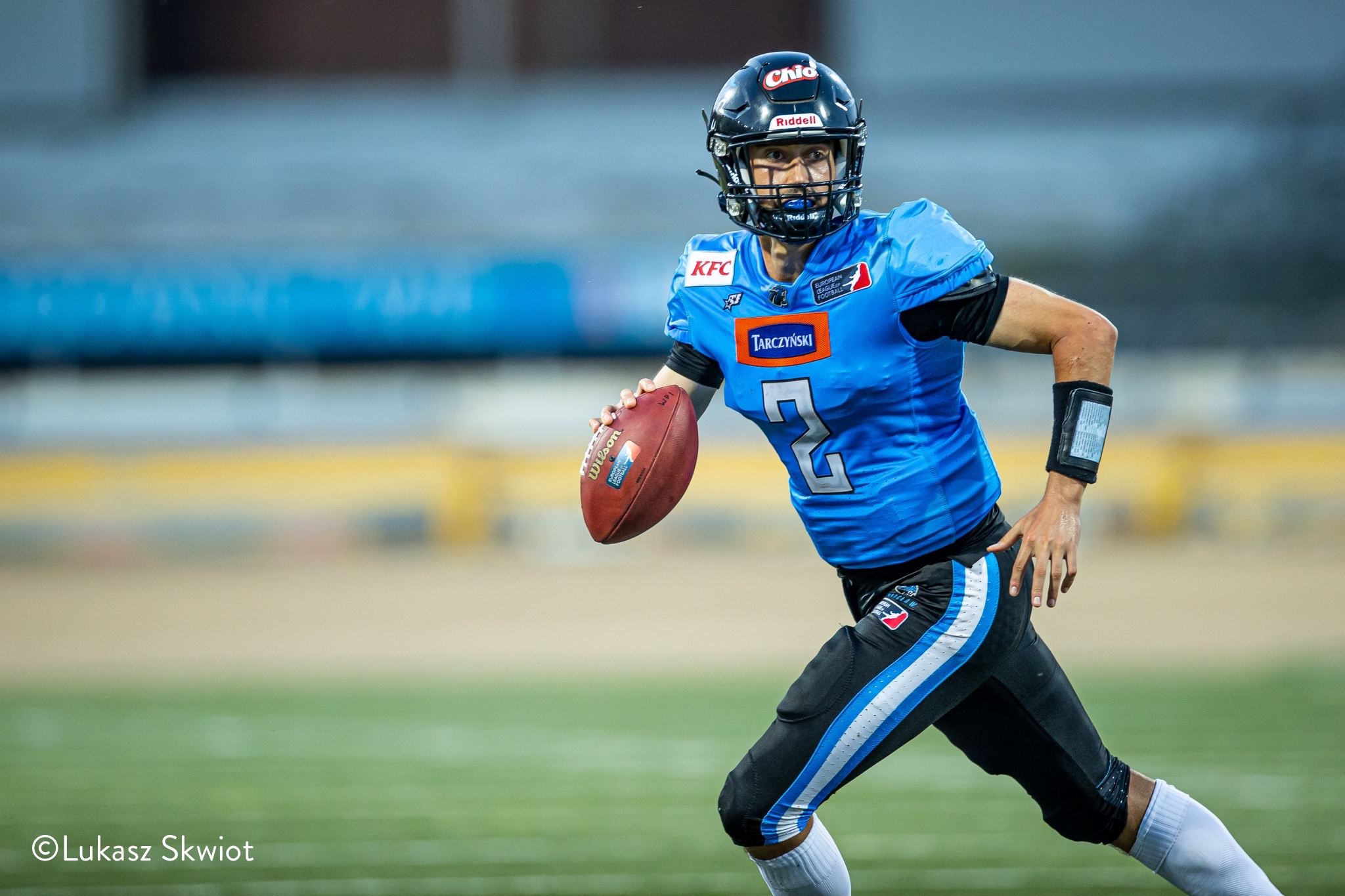 When the first week of the regular season came to an end, Panthers quarterback Lukas O’Connor was selected to be the first ever “Chio MVP of the Week”. O’Connor had an incredible game against the Cologne Centurions that included five passing touchdowns with no interceptions thrown by the American. This performance is even more impressive keeping in mind that O’Connor started practicing with his team just about two weeks ago. With such short time to prepare for the first game of the season, Lukas O’Connor proved that he can be a difference-maker from day one for the Wroclaw Panthers in the northern conference.

Another impressive fact of his performance was the way he distributed the ball to a lot of different receivers. He even threw his five touchdowns passes to four different pass catchers. One of them was Panthers running back Philéas Pasqualini. The Division II college football experience of O’Connor certainly came in hand in this first week of the regular season. He now looks to take on a strong Leipzig Kings defense that sacked Berlin Thunder quarterback Calvin Stitt eight times throughout their first game. Tune in on Saturday, 26 th June to see the reigning “Chio MVP of the Week” play against the Kings in their first interconference matchup.