Defense wins championships. Luckily, both teams have strong defensive lines and only allowed the least points among all teams in the European League of Football. Who will make the difference in Klagenfurt? 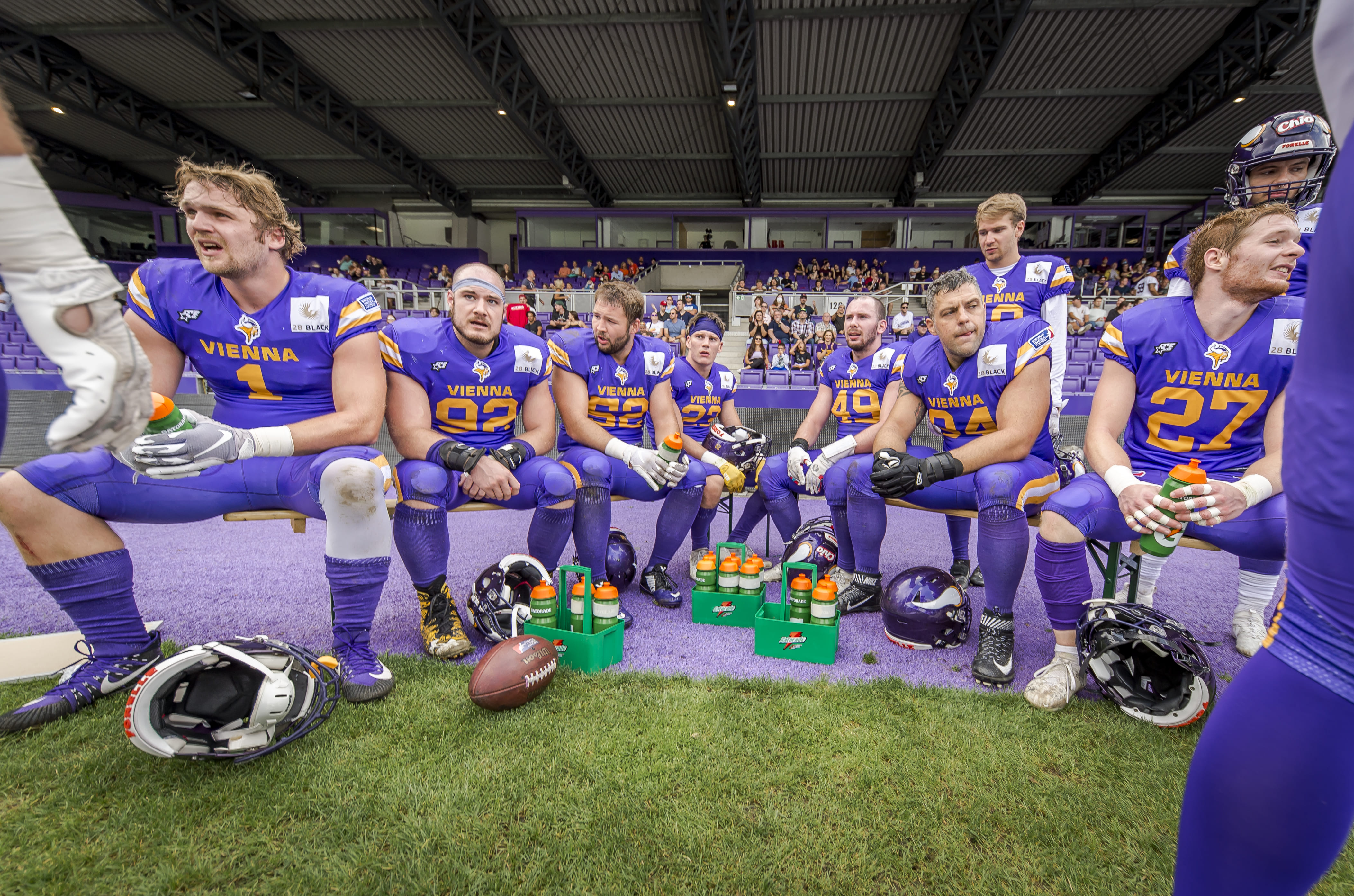 The Vienna Vikings had an impressive first season in the European League of Football and deservingly made it to the championship game. In big parts to their defense. Especially their defensive line showed what they are capable of.

Blake Nelson has been one of the best defensive linemen in the whole league. Due to a nagging injury, the American only played in two games, but in those he racked up 15 tackles, 5 sacks, 6.5 tackles for loss and one forced fumble. Paired with Austrian edge rusher Leon Balogh, who had 31 tackles, 8 sacks and 11.5 TFL in 13 games, the Vikings have a dominant defensive end duo.

Additionally, the Austrian powerhouse has a great defensive tackle in Florian Sudi, along with many talented and experienced depth options. Thanks to their defensive line, the Vikings defense allowed the second least rushing yards and touchdowns in the league.

The Hamburg Sea Devils have the best defense in almost every category. They allowed the least points, yards and touchdowns against the pass and the run, had the most sacks and forced fumbles and ranked second in interceptions. But the X-factor for the best defense in Europe has always been the defensive line and their pass rush.

Kasim Edebali, who is the face of the franchise, has been dominant all season long. With 57 tackles, 12 sacks and 13.5 tackles for loss, the NFL veteran showed why he is so highly regarded. But he is just one piece of an outstanding defensive front that has to much talent to highlight all of it here.

The above-mentioned players racked up 45.5 sacks and 65 tackles for loss I 13 games. Additionally, they were the only defense that allowed under 1000 rushing yards and 20 total touchdowns in the regular season. If the Sea Devils front can perform like they usually do, it might be a long day for Jackson Erdmann and his Vikings.

Which defensive line can make the opposing quarterback crumble under the pressure and secure the title for their team? Find out at the 28 Black Arena in Klagenfurt.

GET YOUR TICKETS TO THE CHAMPIONSHIP GAME HERE!