European League of Football delivers successful conclusion of the 2022-season! 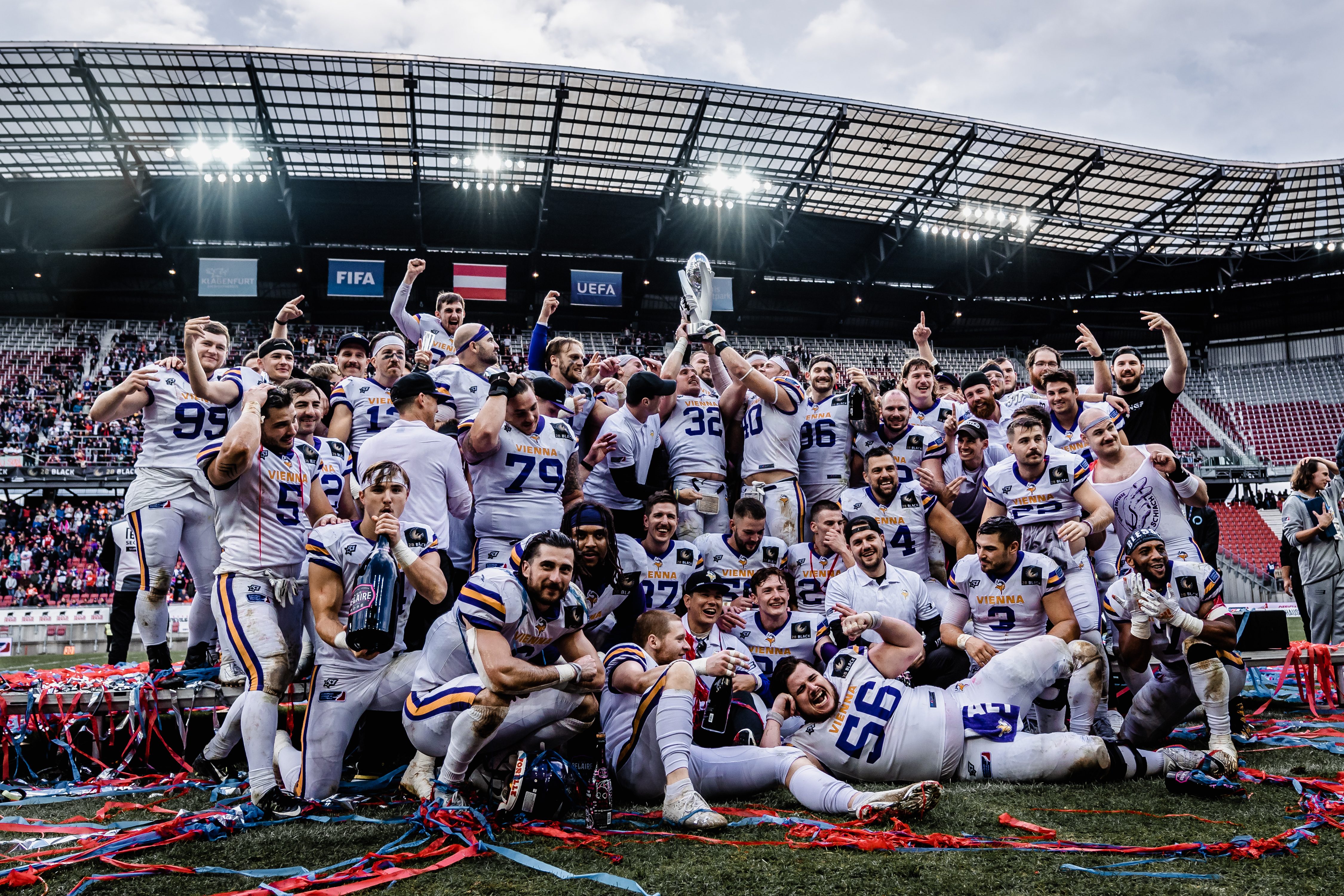 Fan festival at the end of the season! The Vienna Vikings won the Championship Game of the European League of Football against the Hamburg Sea Devils with a 27:15 victory. In front of 14.566 fans in the 28 BLACK ARENA, the Vienna Vikings finalized their strong season in a dominant game.

Good tv-ratings across the board

Commissioner Patrick Esume was satisfied: "It was a fantastic end to a highlight weekend. The Austrian fans and teams proved how well the sport of American football is received in the Alpine region! The fantastic TV and follower numbers confirm the assumption that we are on the right track."

"Our figures confirm our efforts to place football on broader shoulders, both medially and economically. Football is Germany's biggest sport in media terms after soccer. With 18 franchises in the coming year, we are also represented in ten different European countries. This year, over 250,000 fans followed our league in the stadiums. We are on the right track," says Zeljko Karajica, CEO of the European League of Football, optimistically about the future.

‍
Also on Saturday evening, more than 1,300 fans were already present at the pre-game party on Lake Wörthersee to celebrate the award ceremony and the sport of football together. Both locally and internationally, the European League of Football seems to be catching on - the final game was even received from over 50 different countries around the world via the Gamepass.

‍
On Instagram, the European League of Football was able to break its own record with about one million people reach in the last seven days and now over 105,000 followers. They also surpassed 3.5 million views on their own YouTube channel. Those responsible are already planning for the coming season.