Championship Game: A Closer Look at the Quarterbacks

Two experienced quarterbacks will battle it out on Sunday! 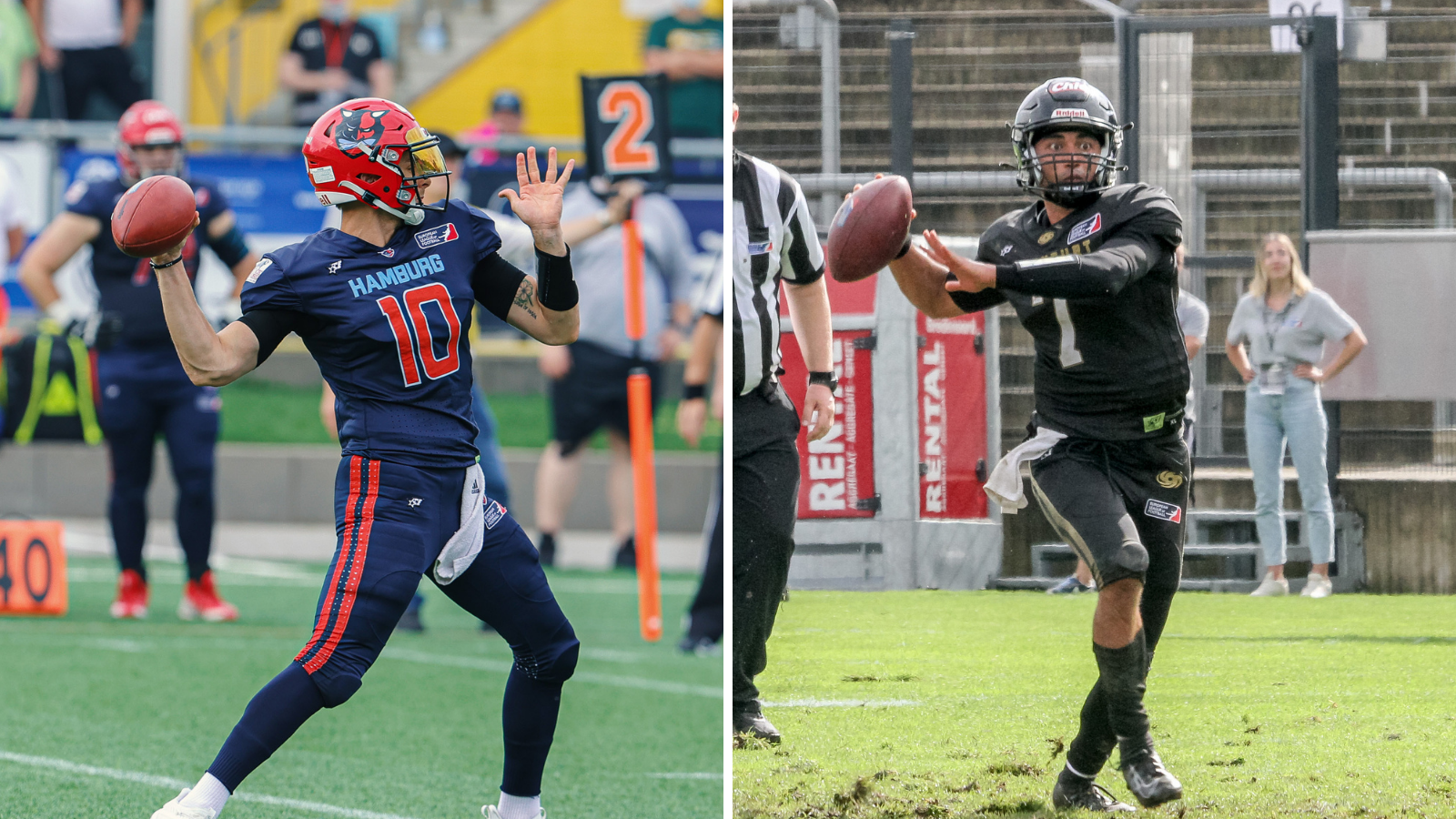 Let’s have a closer look at the quarterback position on each team!

The Galaxy have arguably one of the best quarterbacks in the league. Jakeb Sullivan threw for 2285 yards and 28 touchdowns in just ten games. He completed 66.5 percent of his passes and averaged 228.5 passing yards per game. Despite throwing eight interceptions, he rushed for an additional 153 yards and scored five touchdowns on the ground.

Of course, Sullivan’s stats are also amongst the best in the league because of his sheer number of weapons at wide receiver, running back, and at tight end. On top of that, Sullivan was protected well with two of Galaxy’s offensive lineman being All-Stars and invitees to the NFL International Combine.

Sullivan is not only able to pass, but also dangerous on the ground. The dual-threat quarterback has the ability to extend plays with his feet which could help against a strong Sea Devils pass rush. He rushed for 153 yards and scored five touchdowns on the ground.

On top of Sullivan’s outstanding performance over the course of the 2021 season, Moritz Johannknecht took over the starting job in week twelve of the regular season as Sullivan and other players sat out that contest to rest. In that game alone, Johannknecht amazed with 255 passing yards, four passing touchdowns, and no interceptions thrown. He also ran the ball into the endzone for a fifth score that day. This incredible performance led him to be the “Chio MVP of the Week”.

Overall, Galaxy’s quarterbacks completed 85,8% of their passes to their wide receivers, 9.5% to their running backs, and only 4.7% to their tight ends. Those stats look totally different when we look at the Sea Devils.

The target share looks totally different as well since the two Sea Devils’ quarterbacks completed only 51.8% of their passes to wide receivers, 37.2% to their tight ends, and 10.4% to their running backs.

Clark’s back-up quarterback Salieu Ceesay started one game and completed 50% of his passes as he threw for 134 yards and one touchdown. Ceesay added 91 yards on the ground for another score.

As far as pass protections goes, Clark and Ceesay were sacked 28 times combined in eleven games. This results in an average of 2.5 sacks per game which is slightly more compared to the Galaxy.

If you would like to see the quarterbacks in action at the Championship Game on Sunday, you still have the chance to purchase tickets via Ticketmaster.