Five All-Star players on both offensive lines combined at the Championship Game! 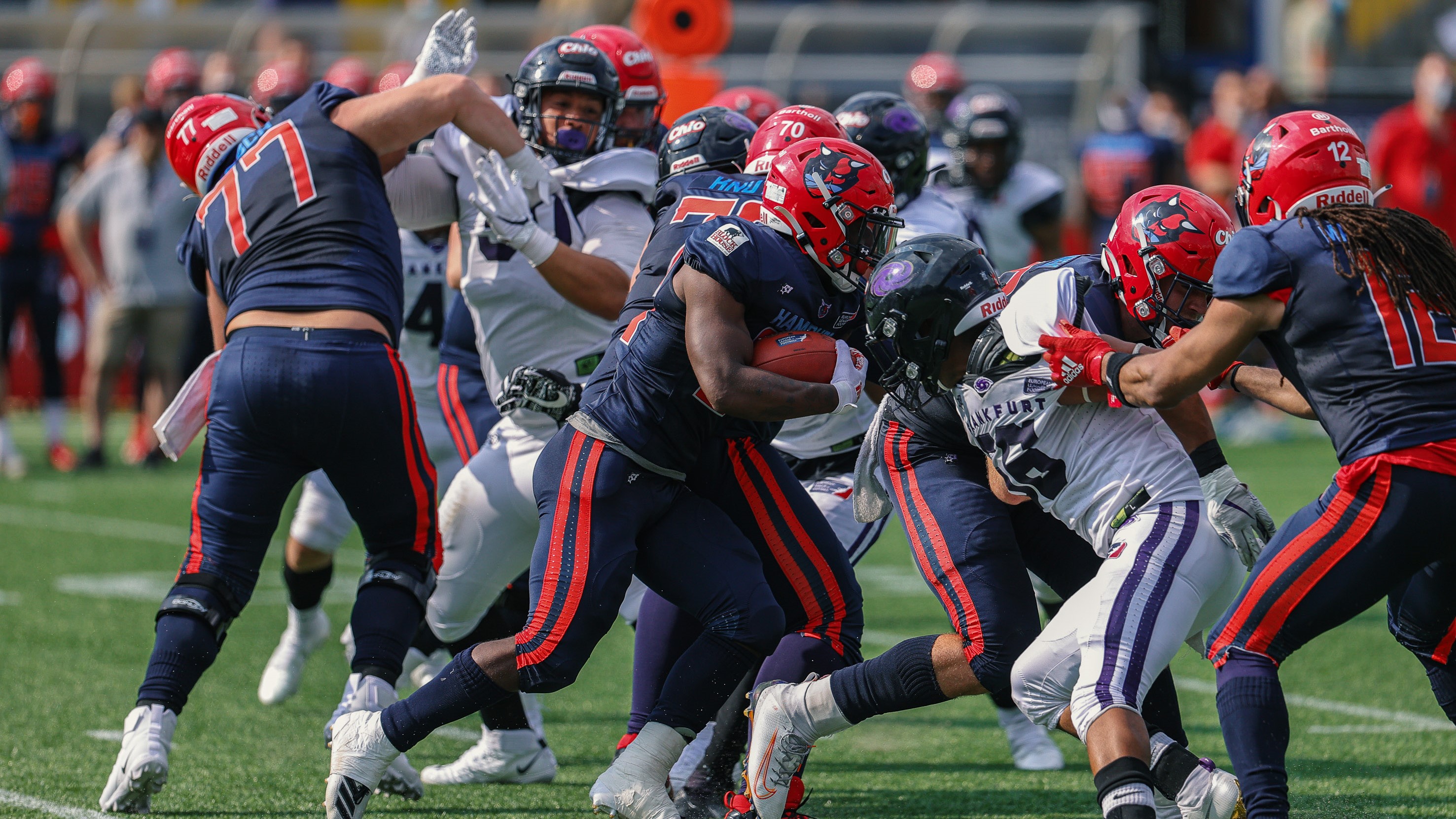 Sea Devils All-Star LG Fensch [No. 77] and his teammates against the Galaxy defense in week one of the regular season. ©Michael Freitag

Football games are often won in the trenches. When looking at the upcoming Championship Game of the European League of Football, the Frankfurt Galaxy (9-1) and the Hamburg Sea Devils (7-3) both have more than solid offensive lines that even feature five All-Star players.

Let’s have a closer look at the offensive lines of both teams and their performances throughout the 2021 season.

The Frankfurt Galaxy (9-1) have one of the best offensive lines in the European League of Football. Just like on the defensive line, the offensive line has immense depth and high-quality players.

Overall, the offensive line allowed 25.0 sacks throughout the entire 2021 season, including the South Conference playoff game. They helped their running backs, quarterbacks, and occasionally wide receivers to rush for an average of 122.4 yards per game. This resulted into a 4.3 yards per rushing attempt.

All-Star left tackle Yannic Kiehl missed the South Conference playoff game due to an injury which is why he was replaced by Nils Hampel on the starting line-up. The other four starters against the Cologne Centurions (5-5) were right tackle Darnell Minton, right guard Lars Hampel, All-Star center Joachim Christensen, and left guard Sven Fischer.

The Hamburg Sea Devils (7-3) have a decorated offensive line as three out of their five starters are All-Star players; right guard Timo Winter, left guard Robin Fensch and left tackle Keanu Ebanks were all voted to the European League of Football All-Star team by the fans and coaches.

Over the course of the inaugural season, the offensive line allowed 28.0 total sacks, including the North Conference playoff game against the Wrocław Panthers (6-4). They also supported the Sea Devils skill-position players to run for an averageof 147.1 yards per game. As a result, the Sea Devils had a slightly better outcome of yards gained per rushing attempt which stands at 4.6 yards on average.

If you would like to see the five All-Star offensive lineman and the rest of both offensive lines play in the Championship Game, you still have the chance to purchase tickets via Ticketmaster.