Championship Game: A Closer Look at the Defensive Backs

A few weekly MVPs and three total All-Stars in the secondaries! 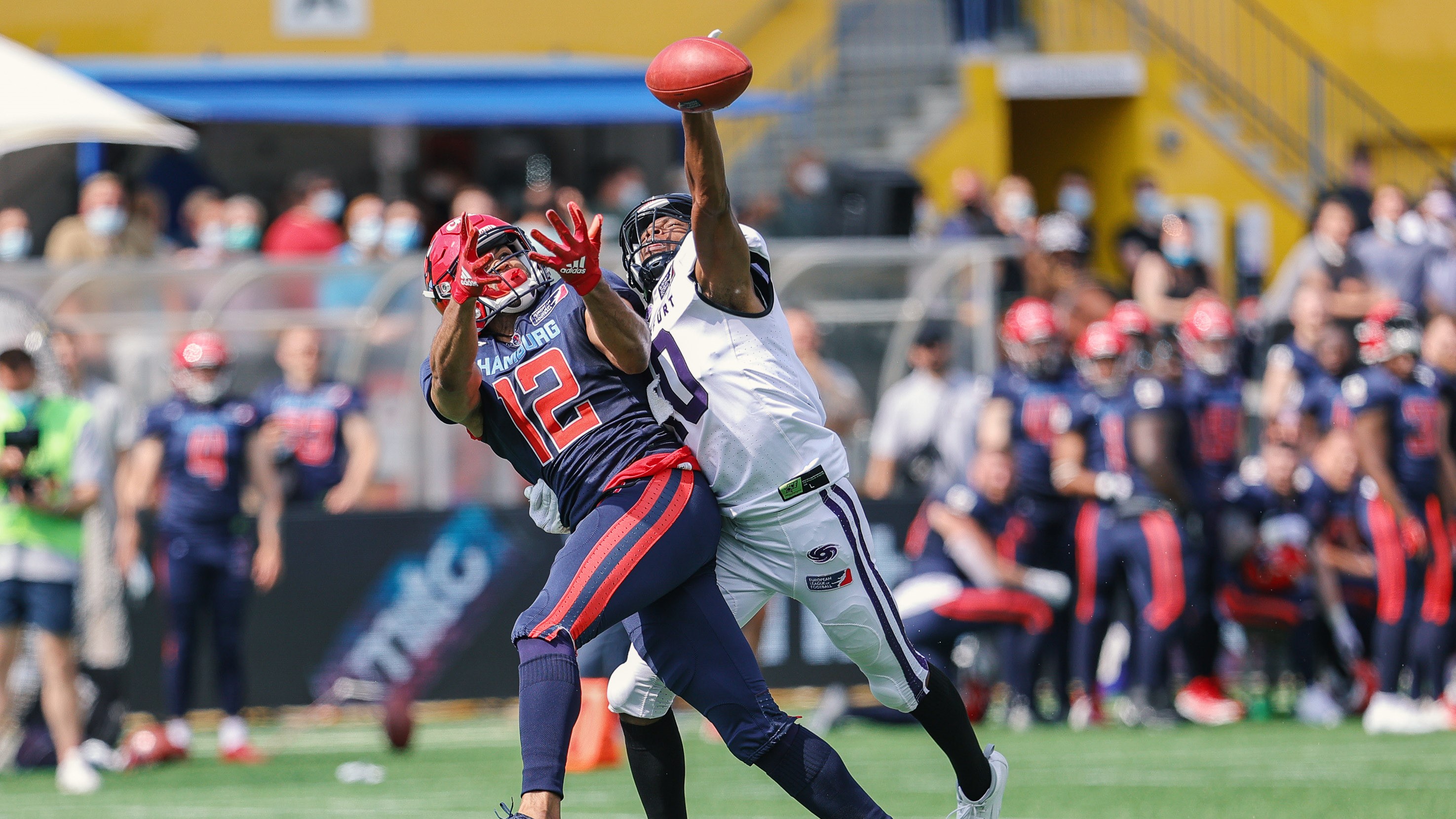 The defensive backfields are loaded with talent at the European League of Football Championship Game. With a few “Chio MVPs of the Week” and three total All-Stars, it could be the secondaries that make the difference on Sunday!

Let’s have a look at the production of both secondaries heading into the Championship Game.

The Frankfurt Galaxy (9-1) have a deep group of defensive backs including the first German “Chio MVP of the Week” and All-Star safety Joshua Poznanski. Despite the injury to American safety Desmond Cooper, the Galaxy had a strong defensive backfield with the addition of Fernando Lowery.

As already mentioned, All-Star safety Joshua Poznanski stands out in Galaxy’s secondary with 50 total tackles, five interceptions including two pick-six, ten passes defensed, one forced fumble and four tackles for loss. He was a key player for the Galaxy defense all season long and should have a great impact on Sunday in the Championship Game!

Other players who stood out were cornerbacks Omari Williams and Fernando Lowery. Both came up with three interceptions and 6+ passes defensed. Lowery accomplished all those stats in just five total games as he was signed after Desmond Cooper’s season-ending injury.

Benjamin Barnes and Marius Riepe both locked in one interception for the Galaxy as well. Barnes even recorded one and a half sacks and five passes defensed while Riepe blocked a field goal on special teams and had four passes defensed.

With two All-Stars in their defensive backfields, the Hamburg Sea Devils (7-3) will look to lean on a revamped secondary on Sunday. After the departure of safety Marloshawn Franklin Jr., the Sea Devils singed American defensive back Curtis James Slater and Dutch safety and nickelback Jeffrey Juurlink to bolster their secondary.

The presumably best player and athlete in the Sea Devils secondary is cornerback Justin Rogers. The All-Star recorded a team-high 28 solo tackles, five tackles for loss, half a sack, a team-high five interceptions, eleven passes defended and one forced fumble in eleven games. Alongside Rogers, All-Star Louis Müller recorded 25 solo tackles himself with an additional twelve pass-breakups and twelve passes defensed which are both team records.

Another player who stepped up this season was cornerback Barry Maruschke with one interception, eight passes defensed and seven pass-breakups.

If you would like to see all defensive backs in action at the Championship Game on Sunday, you still have the chance to purchase tickets via Ticketmaster.