The Cologne Centurions hosted the Frankfurt Galaxy for a combined practice yesterday. But how far will the Centurions go in 2022? 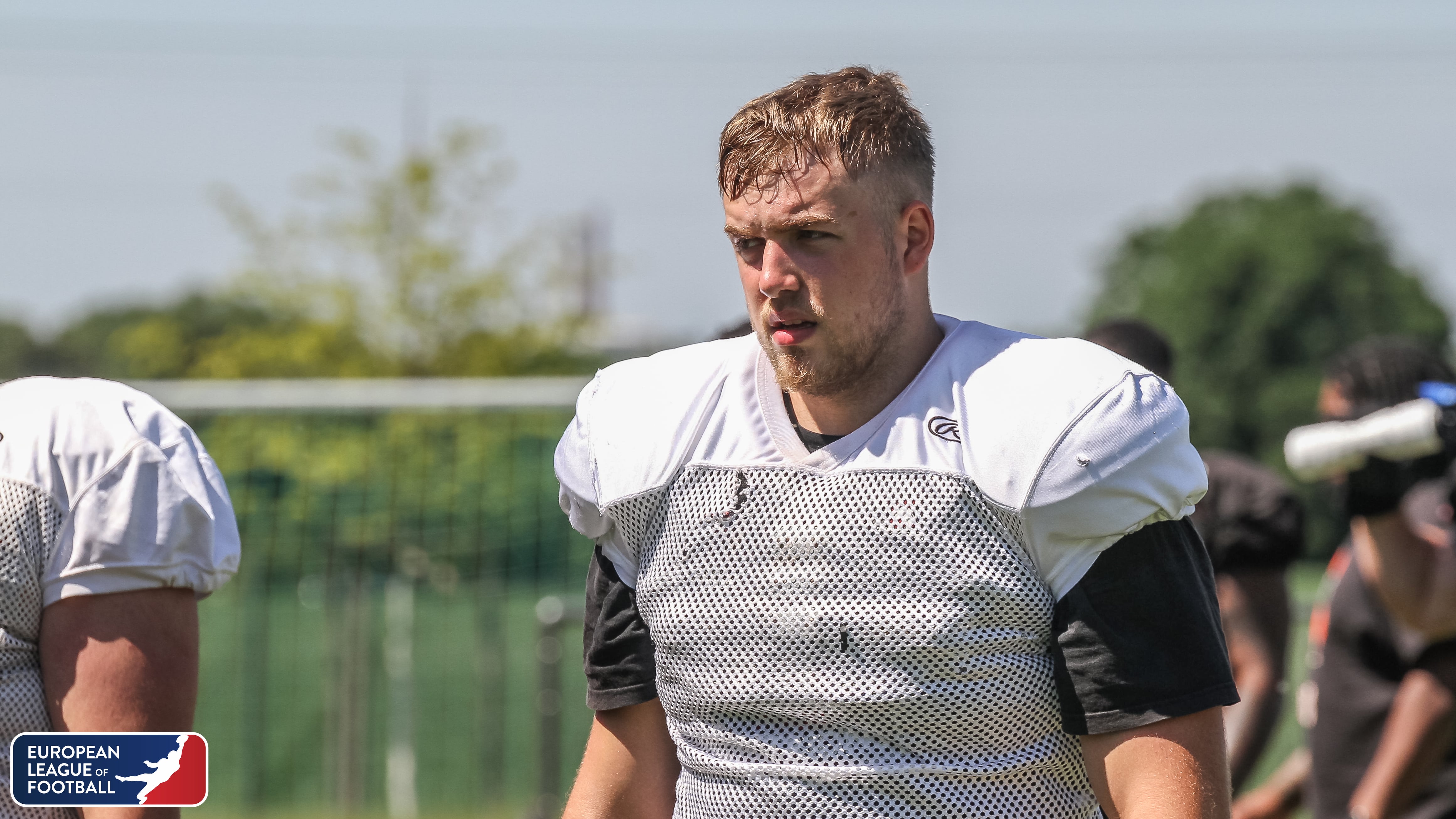 Not only the weather heated up the football field in Cologne yesterday. The Centurions and the Frankfurt Galaxy were competing to knock some dust off their pads before the 2022 season officially kicks off on June 4th.

„Everybody had fun. We were competing,” Centurions offensive lineman Leander Wiegand commented in an interview. “It’s always great if you don’t have to compete against your own teammates. I think there are some things we need to work on, but looking forward to the season, we are ready.“

When asked if there is a limit of success for the Centurions in 2022, Wiegand had a short and clear message. “Oh, there’s no limit. We want to take it all”.

After showing great potential on offense, defense and on special teams at the combined practice against the reigning champions, the Centurions will certainly kick off the second season against the Istanbul Rams with a lot of self-confidence.

At the end of the interview, Wiegand announced that the Centurions will not only be a better team this year, but also end the season with a better record than in 2021. “This season, [we are] not going to be a 5-5 team. […] We are there to win the championship”.