Centurions HC Heidelberg: "We have our fortune in our own hands" 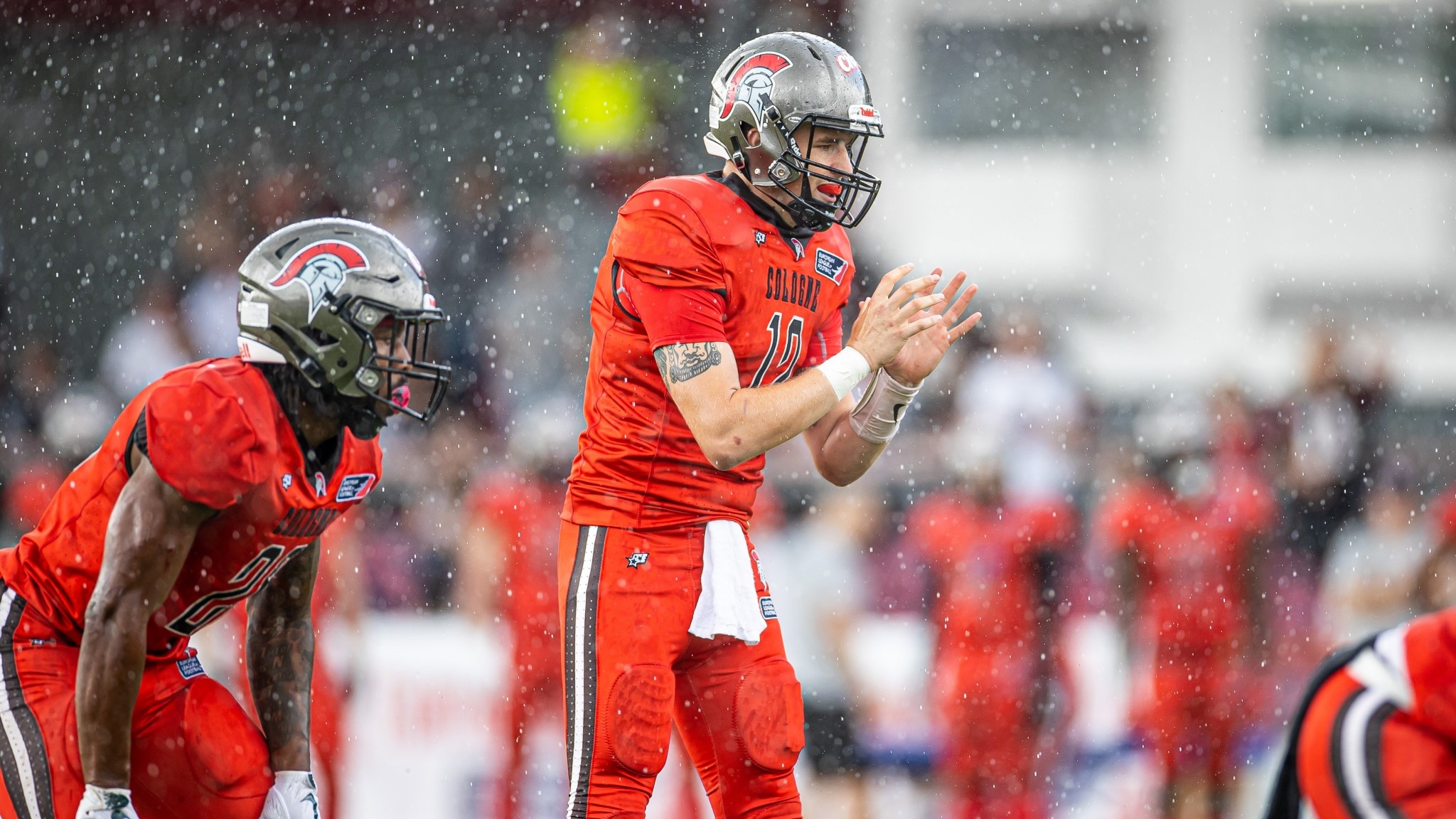 On Saturday, the Centurions will meet the Leipzig Kings for a second time this season at the Ostkampfbahn. Head Coach Kirk Heidelberg sees his team well prepared, but also knows about the strengths of their opponent.

"The bye-week after the painful defeat against Barcelona was good for us," says the Head Coach of the Centurions. “We had a very good training session yesterday. Our players looked rested, fresh and fast. Speed and freshness will be needed on Saturday, because the Kings have already proven several times that they have extremely fast playmakers on both sides of the ball. Leipzig belongs the supposedly strongest pass rush in the league. Their D-liner Kyle Kitchens leads the league with nine quarterback sacks. His line colleagues Aslan Zetterberg and Vincent Buffet have also brought down the opposing quarterback eight times when attempting a pass. The Kings can also rely on strong players on the offense. Timothy Knuettel and Anthony Dablé-Wolf are among the top ten pass receivers in the league”, explained Heidelberg.

No surprise for Cologne's Head Coach Heidelberg who knows Leipzig's Head Coach Fred Armstrong well: “He's a very good coach and an even better recruiter. He always finds strong players and manages to get them into good positions. With Michael Birdsong he has one of the best QBs in the league in my opinion.”

Although the 3-4 Kings are ranked slightly worse than the 4-3 Centurions, Heidelberg sees no reason for a sure-fire success on Saturday: “I've known Fred for 25 years. He loves the role of the underdog, the outsider. He's got a very strong team, even if he wouldn't admit it himself. It is up to us to defeat this team."

The Head Coach is sure that his team is able to master this task: “It won't be easy. But it's in our own hands. We have to avoid mistakes and force the Kings to make mistakes”.

Heidelberg is thoroughly self-critical when it comes to the self-analysis: “We all made mistakes against Barcelona. It is our job as coaches to bring the players into positions in which they can play well. We have to and will do better against Leipzig. " One player the Centurions will have to do without is wide receiver Quinten Pounds. The top receiver is going to miss the game due to an injury, as Heidelberg explained: “Quinten is a great player for us and of course he will be missed, but now one of our young players has the opportunity to step forward and prove himself. Injuries happen. These are things which are beyond our control. As I said, we can only control what we can control. "

The Head Coach sees the possibility of a playoff spot just as pragmatically: “We're always just looking at the next game. That's what we can control. At the weekend we will have it in our own hands again and we will give our everything to win."

Should his team be successful on Saturday, they will have something else in their own hands: a spot in the playoffs for the final round of the best four teams in the European League of Football.