European League of Football player Marcel Dabo: “My expectations are to put up some great numbers […]” - German and International American Football players on the hunt 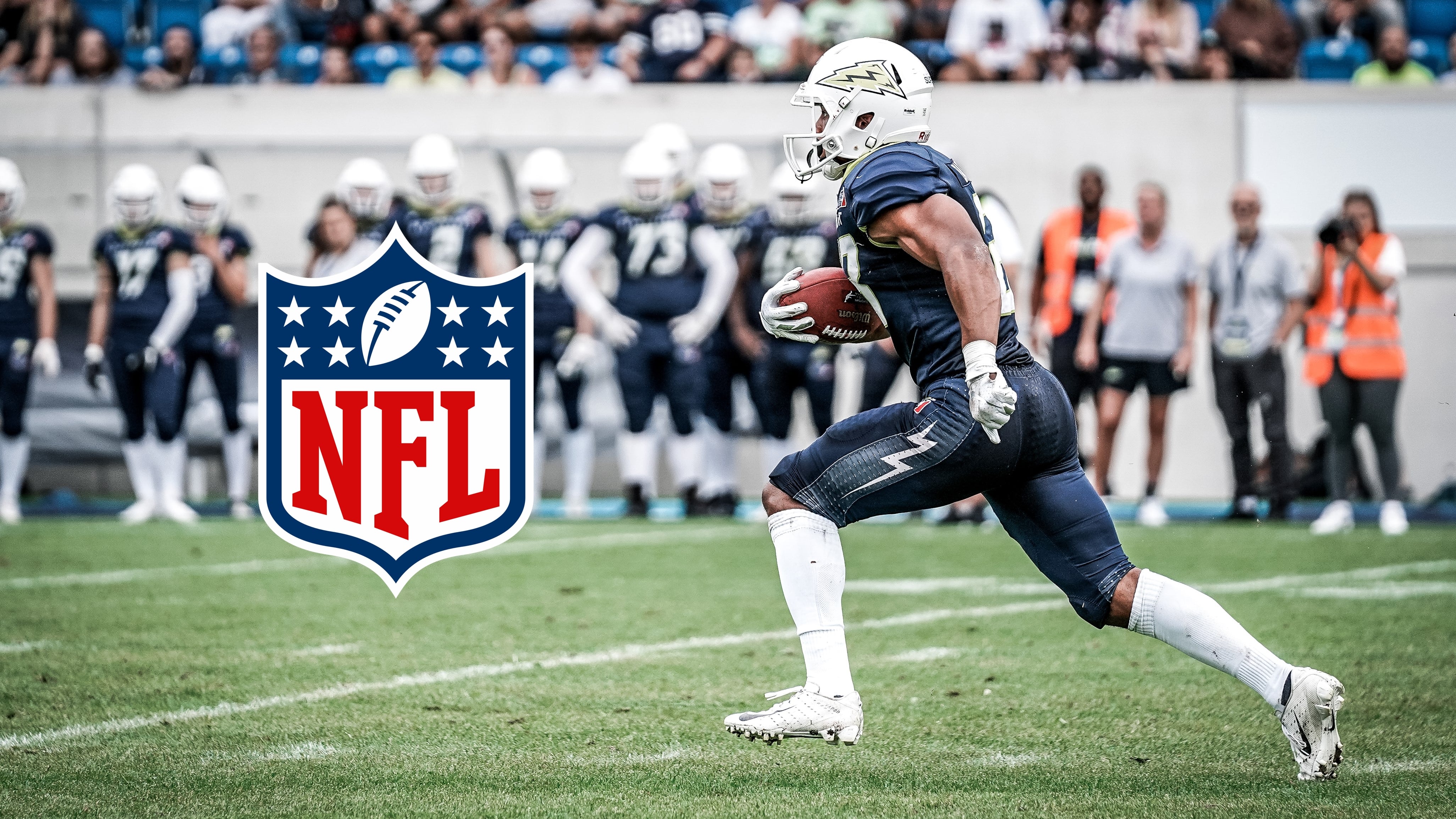 Surge CB Dabo during a return against the Centurions in week six. ©Sarah Philipp

The National Football League is always looking for the best athletes around the world. From 2018 on, the NFL started to hold International Combines in different parts of the world to look for exceptional athletes. The first two combines took place in Australia and Germany. The third International Combine will take place in London next Tuesday on October 12th.

The NFL explained the purpose and the procedure of the NFL International Combine in London in a statement released alongside a full list of all invitees:

“Following the International Combine, a select number of athletes who meet specific performance standards and display the potential to play in the NFL, will be invited to train in the United States for three months as part of the International Pathway program. The group of athletes will be reduced yet again following the training phase in the US and a select number will be allocated to NFL clubs for the 2022 season”.

Out of 44 total players who were invited to London, 14 players were active in the inaugural season of the European League of Football. Those 14 players will travel to London to showcase their unique talent and athleticism.

Stuttgart Surge cornerback Marcel Dabo, Leipzig Kings defensive lineman Lance Leota, and Berlin Thunder linebacker Wael Nasri are among those 14 players. They are all honored to be part of the NFL International Combine, as they told us in interviews: “I feel blessed to be selected out of the 44 athletes in the world! It’s a step closer to my dream and to be playing at the highest level of American football!”, Leota explained in our interview.

When it comes to the combine drills, the three NFL prospects are looking to put up big numbers to impress the NFL scouts. Because it’s the NFL International Combine, Thunder linebacker Nasri expects a high level of competition: “I except a lot of competition during this combine, the desire to do well and I’m looking forward to impress the NFL scouts with my physical abilities”.

Surge’s young standout cornerback Dabo impressed at Stuttgart's combine prior to the inaugural season of the European League of Football with blazing speed and overall athleticism. He ended the 40-yard dash with 4.4 seconds on the clock, according to the Stuttgart Surge. Although that is already NFL-caliber speed, Dabo wants to put up better numbers in London: “I am looking forward to put up better numbers than at the Surge combine earlier this year. I am confident about that too”.

All the players will give it their all to impress the NFL scouts on Tuesday in order to make the jump into the best American football league in the world. Especially defensive lineman Leota is eager to make every move count, as he explained in our conversation: “This is my go-to shot, so I need to make the most of it and god willingly be selected as the final cut for January”.