The Stuttgart Surge season was dominated by losses. Will they be able to return stronger? 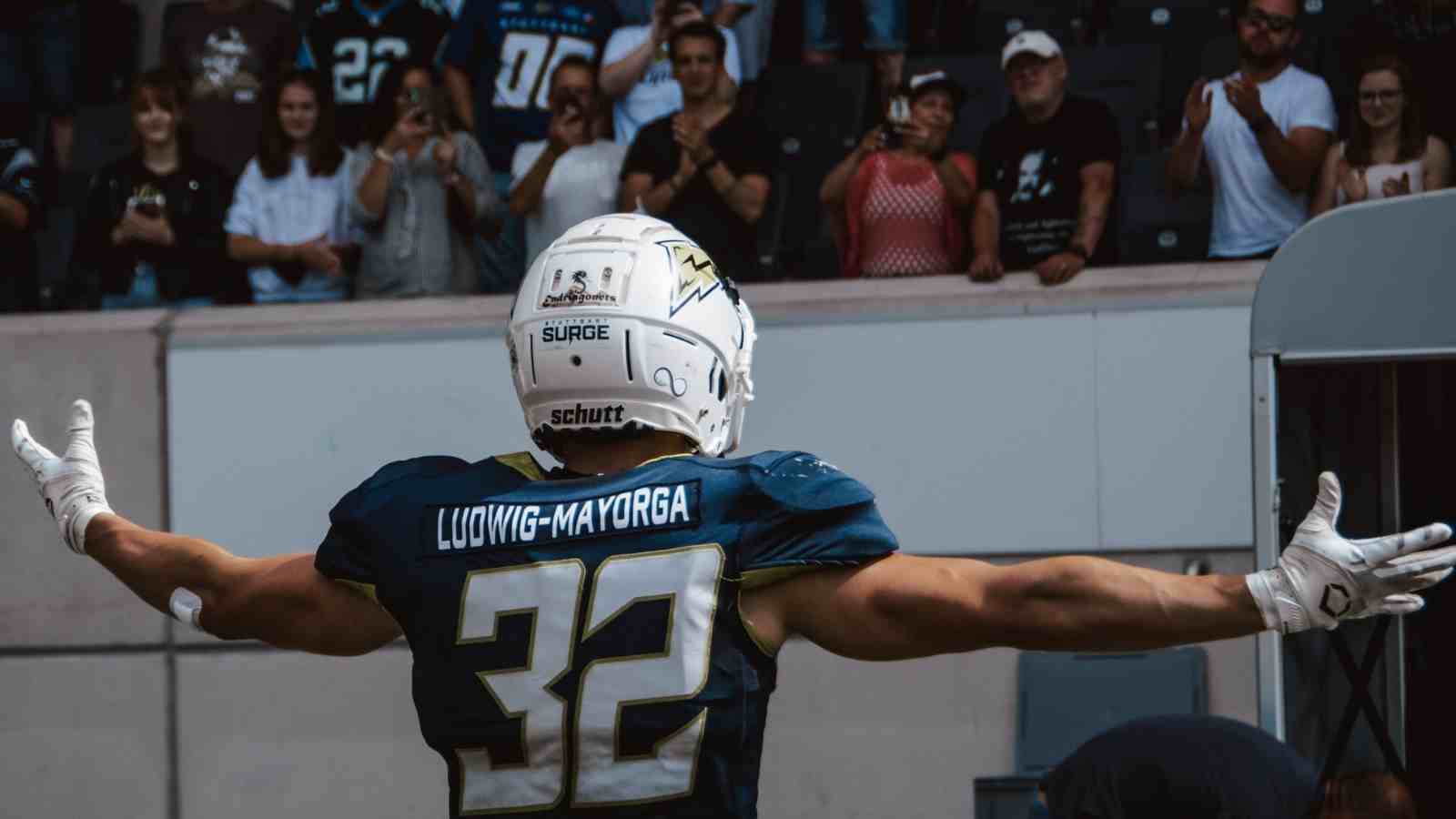 Last season in a rewind

Starting last season, Surge fans had to take a ride on a bumpy road.

From the hype during the first game, winning a close game in Barcelona, to firing your quarterback due to racial slurs and the season going downhill from there. The team struggled to get going in the inaugural season of the European League of Football.

Quarterback Aaron Ellis, who took over for suspended Jacob Wright, could not carry the bag on his own. In 161 attempts, Ellis had 1173 yards, nine touchdowns, seven interceptions with a passer rating of 75.4. In addition, he threw for the fewest yards but also played in only seven games during the regular season.

46 sacks over the course of the season against both Surge quarterbacks did not help to build up speed in almost every game. It also did not help in the run game.

Eight touchdowns on rushing plays with their second-best rusher being Aaron Ellis (161 yards) was not enough to make a big impact. The passing game was efficient with Louis Geyer, Paul Steigerwald and David Meza dominating. But it was not enough to help the Surge in crucial situations. However, players like Marcel Dabo, Geyer, Fürst or Ludwig-Mayorga were leaders. In addition, injuries restrained some further success.

Building up the roster

But success is not always an advantage. At least not for the Surge. Marcel Dabo left the Surge to realize his dream in the NFL by being allocated to the Indianapolis Colts through the NFL IPP Program. Louis Geyer left to play for quarterback Jan Weinreich and the Cologne Centurions in 2022. Retaining Marcel Fürst and Ludwig-Mayorga was key for their offense while Meza is still versatile enough to play on both sides of the ball if necessary.

Changing their quarterback from Ellis to Randall Schroeder might be the right way start off the new season. Back on their offense are running backs Bryan Yankson, Jean-Charles Moukouri or wide receiver Paul Steigerwald. All this while the team hopes to gain even more fresh wind with running back Chris Voumbo, former Galaxy athlete Noah Bomba, and wide receiver Enrico Pascual.

On the offensive line, only Thomas Ghebrezghiher and Niko Schuster were re-signed while the Surge added veteran Benhur Ayra and former Galaxy athlete Darnell Minton to help stimulate the run game and pass protection.

The strength of this Surge team, however, is probably its defense. Ronley Lakalaka, Marcel Fürst, Philipp Ungericht, Ludwig-Mayorga and Nick Wenzelburger are back in the blue. Added to that were Nikolas Knoblauch, Precious Ogbevoen, Paul Veritas, Benjamin Barnes and import player Malcolm Washington, who replaces Zachary Blair – now Istanbul Rams.

Enough to make a difference?

An overall solid defense that has enough talent and experience to step it up a notch in the upcoming European League of Football season. When you look at the big picture, someone should be singled out: Jakob Johnson. The NFL professional became the co-owner and definitely had impact over the last signing period.

However, when evaluating and analyzing success it is often not only one's own performance that plays a fundamental role but also the performance of the respective opponent which this season could even be significantly stronger than many think.

The growth of the league also means that the skill-level will rise. With an average strength of schedule of 0.55, the Surge have the second-most difficult season ahead. They will face both Austrian teams and the 2021 European League of Football champion Frankfurt Galaxy twice. If we assume a further increase in strength, it could be very difficult to mount a comeback.

The first few weeks will show where the journey will take the Surge. For the fans, a comeback is more than wanted.