British receiver impresses at Milano Seamen combine: "It was an amazing day"

The Milano Seamen are one of six new teams for the 2023 season of the European League of Football. 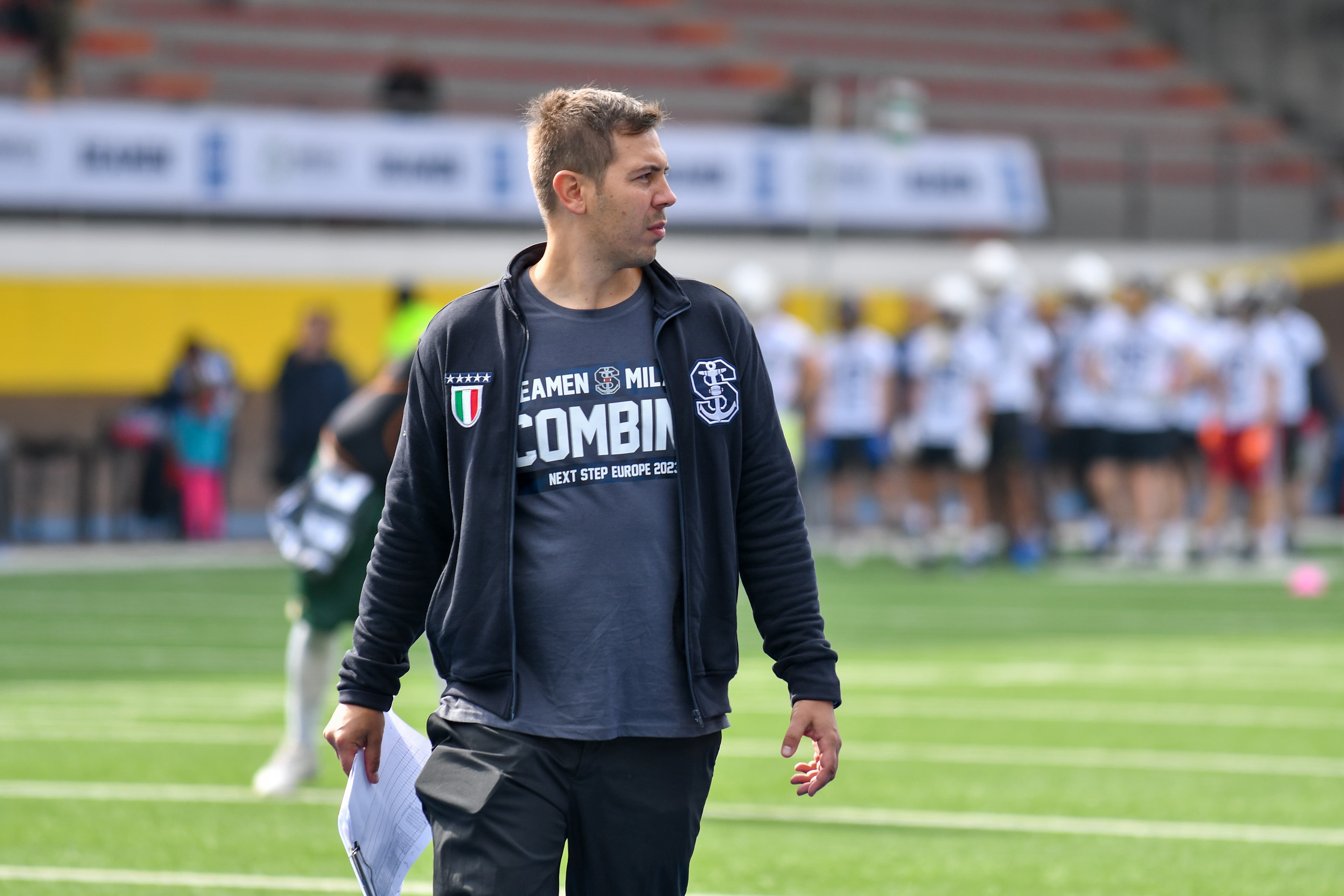 Stefan Pokorny, head coach of the Milano Seamen, was impressed by the talent. © Seamen

Taking on a new challenge, the Milano Seamen decided to join the best football league in Europe, the European League of Football in 2023. To start off the offseason, the Seamen held their first combine on October 1st in the Velodromo Maspes-Vigorelli in Milan, where the home games of the next season also will take place.

Nearly 70 external, national and international players, not involved with the Seamen before, had the possibility to show their skills in front of scouts and coaches of the franchise. A unique opportunity for athletes. Two English, one Turkish and one Italian quarterback were part of the combine, as well, showing the interest of players joining the program.

The Seamen did not want to comment about the best performances, but names included: Ahmet Rafet Gökce, quarterback of the Metu Falcons in Turkey, Robbie Peel, quarterback of the Oxford Saints from England, Noah Gehring, talented wide receiver of the Solingen Paladins, as well as talented slot receiver Tommy Wilson, also of the Oxford Saints, who recorded an official laser time of 4.27 seconds in the 40-yard dash and showed agility and quickness in all drills.

Wilson: "It was an amazing day"

Wilson is, like many others, looking for a shot.

"It was an amazing day, everything was so professional from the staff/coaches who ran each station, to the technology they brought in to get the most accurate results. The stadium was the perfect place to hold the event, it helped give the combine a great feel. And the vibe on the day was a brilliant balance of competitiveness as well as each person wanting the next to succeed and do well," said Tommy Wilson afterwards.

A player who could spark interest of some teams.

General Manager Mutti: "It is the future of football in Europe"

Marco Mutti, general manager of the Seamen, was noticeably happy about the outcome of the combine:

"I am overwhelmingly satisfied with the choice [we] made to join European League of Football. It is the future of football in Europe where the national spirit can be played four months a year. Combining fun, interesting, great professionalism on the part of the guys and the staff, we had suggestions to understand who could enter the roster of 53. The biggest challenge of joining the European League of Football this first year will be verifying the actual ability of the players to support a championship of such a high standard."

Another combine is planned for the 12th of November.