Every other week, there is a player that steps up his game. We had another great week of pro-football, let's see who stood out. 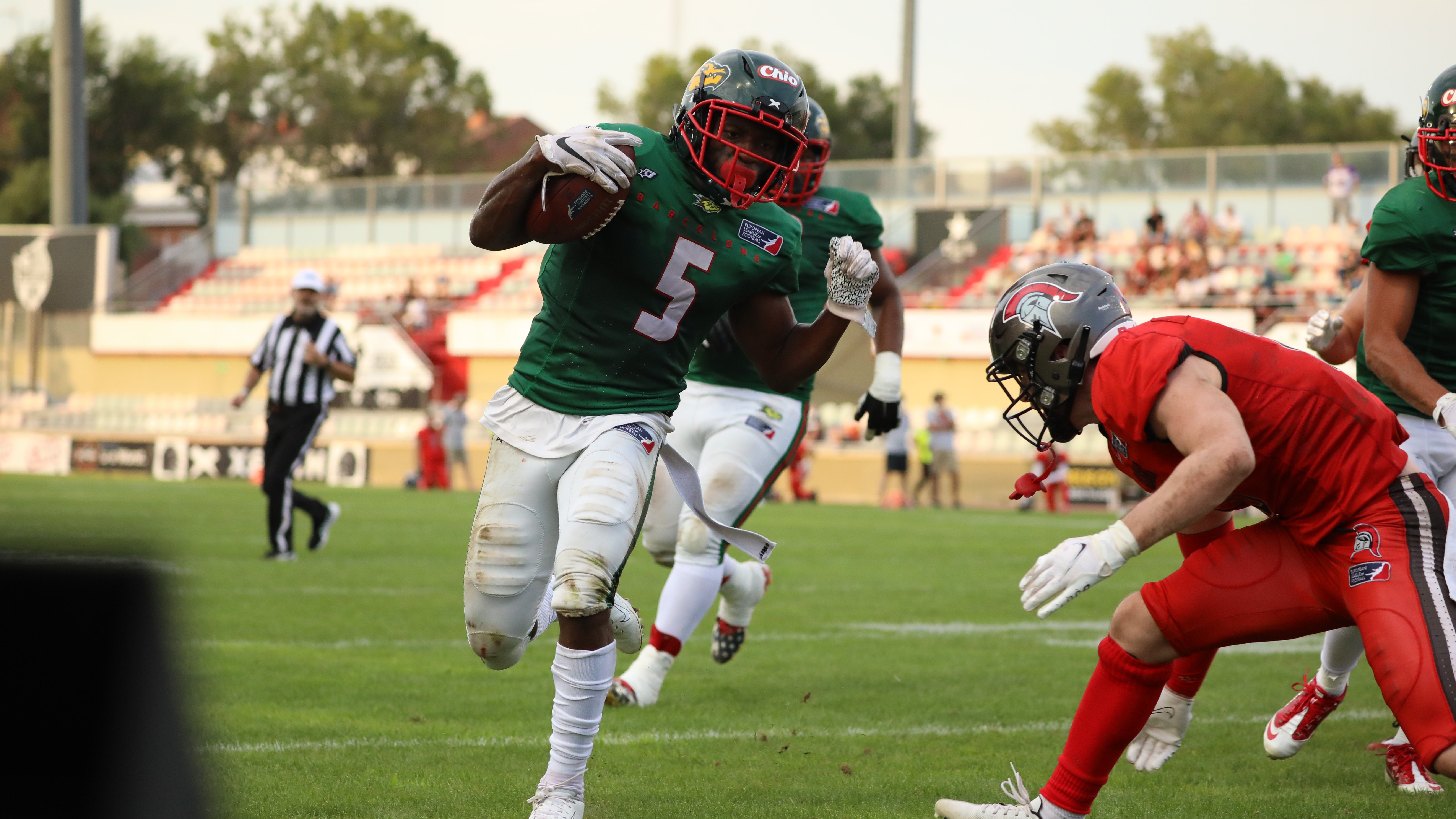 What we are seeing this inaugural season in the European League of Football is probably one of the biggest stages the European American Football had in 20 years, with possible adjustments in the upcoming years. Players who did not have the chance to present themselves are nowstepping up – making themselves a name not only in the European Football community, but also overseas. Like every week there are old and new faces with highlight plays and performances.

The Saturday brought the highest scoring game of the young European League of Football history, with Dragons quarterback Zach Edwards showing a truly impressive MVP performance. Wide receiver Jéan Constant was one of his top guys while one French player had his biggest game this week: Rémi Bertellin. The wide receiver had 271 receiving yards, one touchdown, and might be one of the guys to watch in the upcoming weeks. „He deserved the MVP-trophy, too“, said Zach Edwards in an interview after the game. Despite the fact that there was a powerhouse at running back for the opposing Centurions, it was not enough for the German franchise. Madre London rushed for four touchdowns, 290 net yards and was literally unstoppable. Over 1800 yards rushing yards and 20 rushing touchdowns this season so far; remarkable and fascinating.

Looking at the game in Frankfurt, there were no real stand-out players, but a stand-out performance by the Guardians of the Galaxy. The defensive backfield as well as defensive line and linebacker core of the Galaxy put pressure on Jadrian Clark, stopped the run when they had to and played one of the best defensive games of the season. Linebacker Sebastian Silva Gomez is at least notable with three tackles for loss, two sacks and one fumble recovery who he ran back for a touchdown.

A few hundred kilometers east, the Kings tossed the ball around the field like there was no tomorrow. Leipzig Kings quarterback Michael Birdsong had a terrific game, finding all of his receivers constantly; 312 passing yards and five touchdowns mark one of the best performances of theseason. Additionally, he connected 24 of 34 throws to Timothy Knuettel, Anthony Dablé-Wolf, Alpha Jalloh and other pass catchers. Knuettel was again one of the top-receivers since Birdsong came back from injury with 117 receiving yards and two touchdowns. Players like Dablé-Wolf, Jalloh, Aguemon, and Schneider also had a receiving touchdown. Running back Aguemon was also heavily involved and successful in the run game, scoring another touchdown. Defensively, the Kings had one of their better days. Defensive End Kyle Kitchens impressed with 4,5 sacks as well as four tackles-for-loss. You can’t be more productive.