Let’s have a look at the top performers of last week! 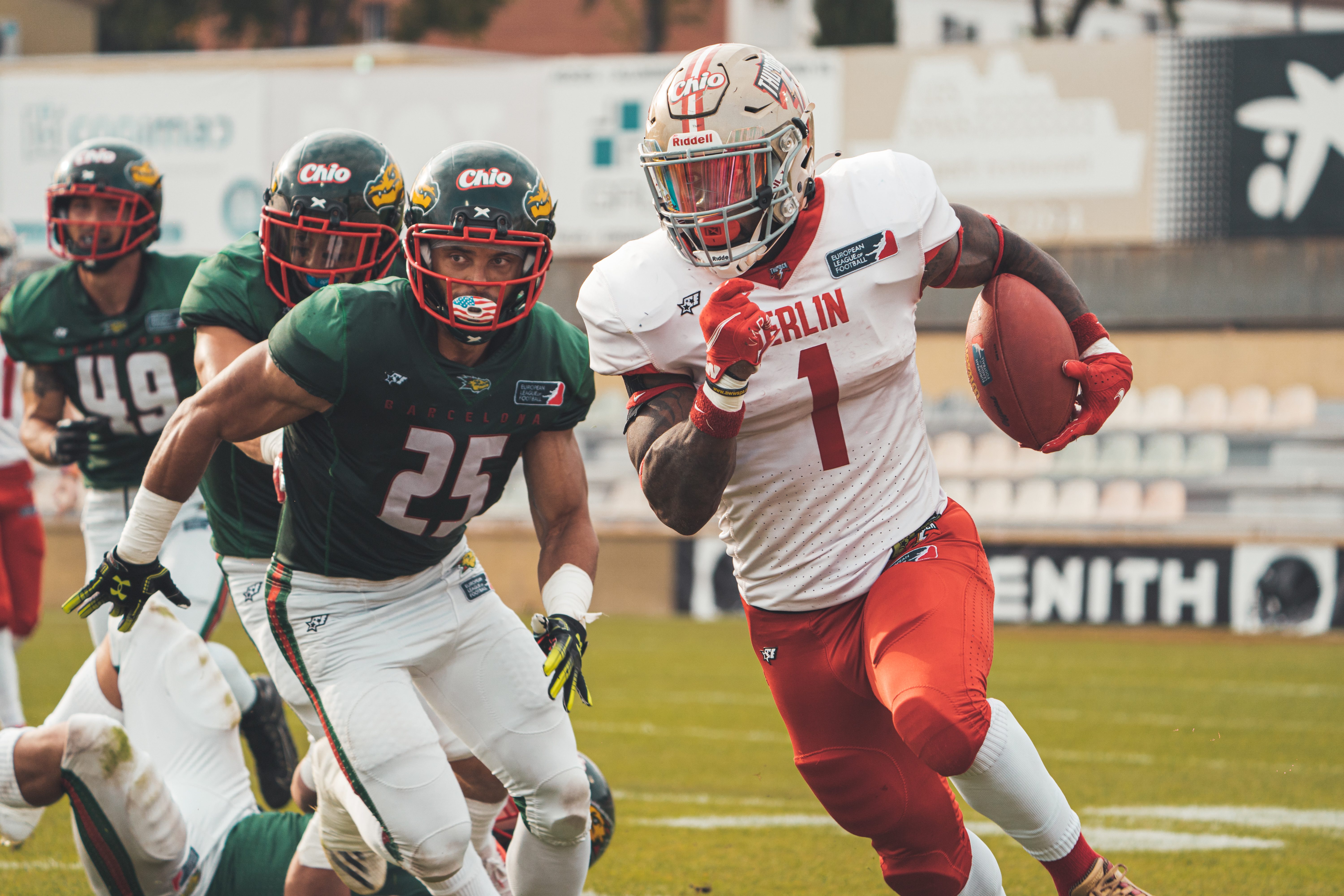 Performance is always depending on several factors such as the team’s performance, a good bag of sleep or the opponents performance. Looking at the best performances of the sixth week in the inaugural season of the European League of Football, we saw players producing incredible highlights on the field.

Starting with the Sea Devils and Panthers game, someone who impressed week after week was Panthers’ wide receiver Banat. The polish receiver failed to get a touchdown against the Sea Devils, but caught passes for over 170 yards. His quarterback Lukas O’Connor had 356 passing yards on the day as well. Holding the passing attack of the Panthers to just one touchdown, the Sea Devils defense was the key to success. Two sacks, six tackles for loss and a lot of pressure. That pressure helped the Sea Devils toget on top. Jan-Phillip Bombek, who impressed the whole season with incredibleperformances and many sacks, had himself a game again; 1,5 sacks again added tohis already incredible season stats.

Looking at the game between the Thunder and the Dragons, apart from reigning “Chio MVP of the Week” Jéan Constant, Dragons quarterback Zach Edwards was on fire as well. 254 passing yards, five passing touchdowns and no interception led his team to the win against a decimated Berlin team. Andy Vera on the defensive side had another huge game. As a defensive back, he had two interceptions of which he returned one for the last touchdown of the day. Frecha and Tavarres both had 15 total tackles and dominated the line early on. On the other side, Joc Crawford crowned himself the rushing leader of week 6 with 203 rushing yards.

Unsurprisingly, Madre London was having a successful day as well. 121 rushing yards and one touchdown gave the Centurions’ passing game some space. Quarterback Jan Weinreich had an incredible performance with307 passing yards, four passing touchdowns, one rushing touchdown and nointerception, while his receiver Quinten Pounds caught a MVP-worthy 242 receiving yards, three touchdowns on just eleven receptions. Coming in second, Surge wide receiver Steigerwald had the same amount of receptions, but got overshadowed by Pounds. With 159 receiving yards and one touchdown, he developed into a weapon in the Surge passing attack. Stuttgart’s quarterback Aaron Ellis had 277 passing yards and scored three touchdowns which shows a lot of upside for the their next matchup against the Frankfurt Galaxy.