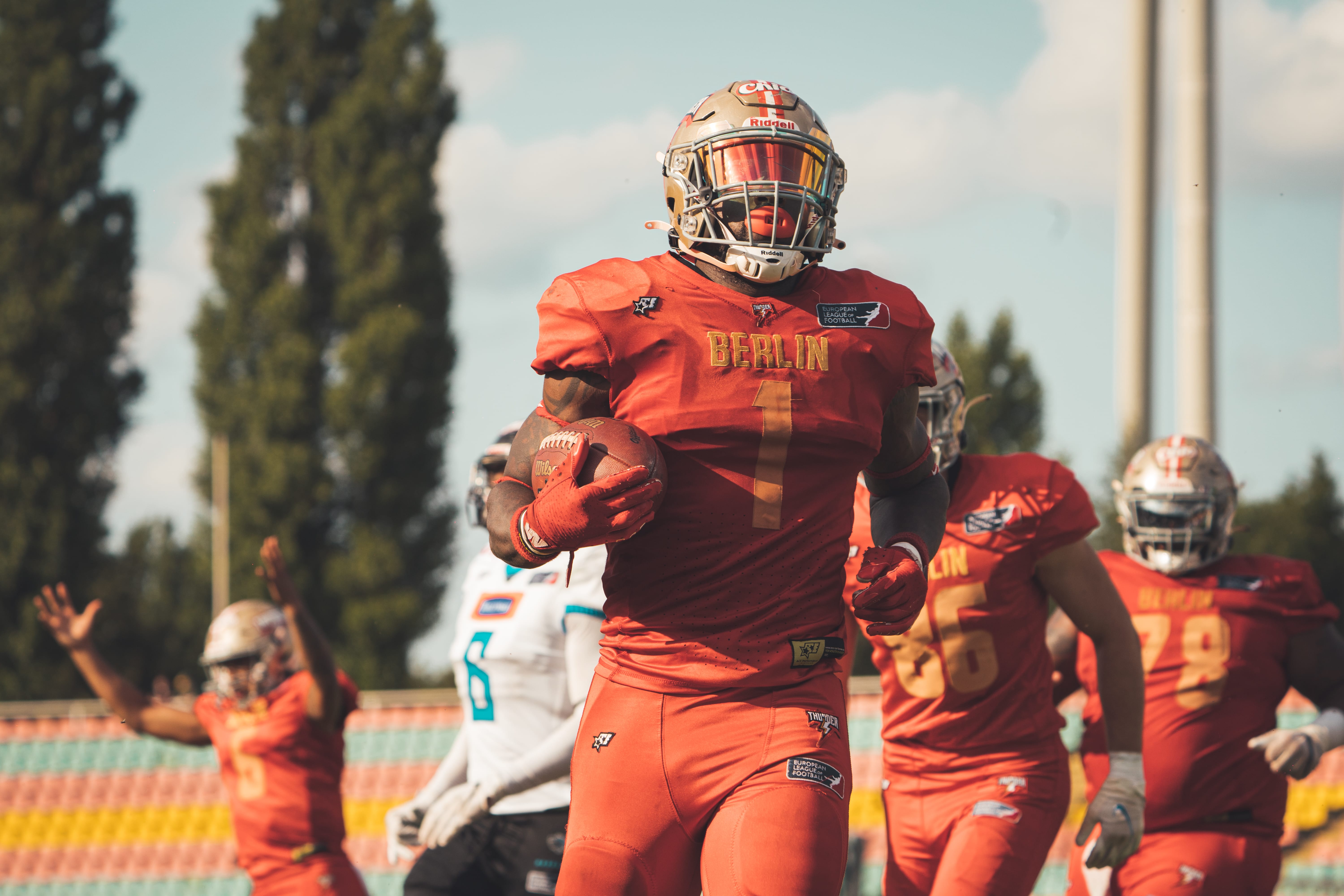 With high scores, there are big performances. Players doing their best to get into the lists of the best early. Local talents are as well as imports providing awesome stats from week to week. Defense, offense, and special teams were producing more than just plays. The following had the best performances of week 5.

If you imagine a well organized and timed receiver core, you see receivers taking care of business when needed, the quarterback connecting with his receivers on short and longer routes and if some don’t produce, others will take their spot immediately. The Frankfurt receiver core had a nice game with both Strahmann and Mahoungou catching two touchdowns. Even though Lorenz Regler and Rutsch just had over 30 yards, they took spaces, had good catches that other receiver could take advantage of. Even though Jakeb Sullivan threw for three interceptions, 268 yards and four touchdowns were more than enough to help his team win. Not to mention the eight sacks the defense had to offer, with Sebastian Gauthier and Ville Valasti having two sacks each, letting Zach Edwards no chance to recover.

Running into Sunday, the Panthers Wroclaw and Berlin Thunder met each other in the capital of Germany. Like a multi-headed monster, the Panthers offense delivered blows from the front to the back. Panthers quarterback Lukas O’Connor was one of the heads. He threw three touchdowns, two to Banat and one to Mazan and had over 280 yards passing. And because that wasn’t enough, Panthers running backs Pasqualini, Herndon and Kwiatkowski were able to provide a good running attack with three overall touchdowns.

The best receiver once again came from the Thunder. Seantavius Jones had 142 yards receiving and one touchdown. As a big target, he made and still could make a big difference coming into the second half of the season. Joc Crawford had bad luck the Thunder lost, with three touchdowns he would’ve been a real contender for the MVP title this week.

Looking at the third game of the weekend, it was interesting to see how the Sea Devils adapted to the circumstances, not having middle linebacker Miguel Boock and Kasim Edebali around. The defense was going at it and had pressures all day long. 17 tackles for loss, two fumble recoveries and one touchdown by Evans Yeboah scooped and scored. The reigning “Chio MVP of the Week” Justin Rogers had himself a game with two punt return touchdowns and one interception. Not more or less impressive was kicker Andersen results. The Danish was 7-7 on PATs and 2-2 on field goals. Impressive, when you consider he missed two of his last 18 PATs and not one field goal of all his 10 tries. Let’s talk about consistency.