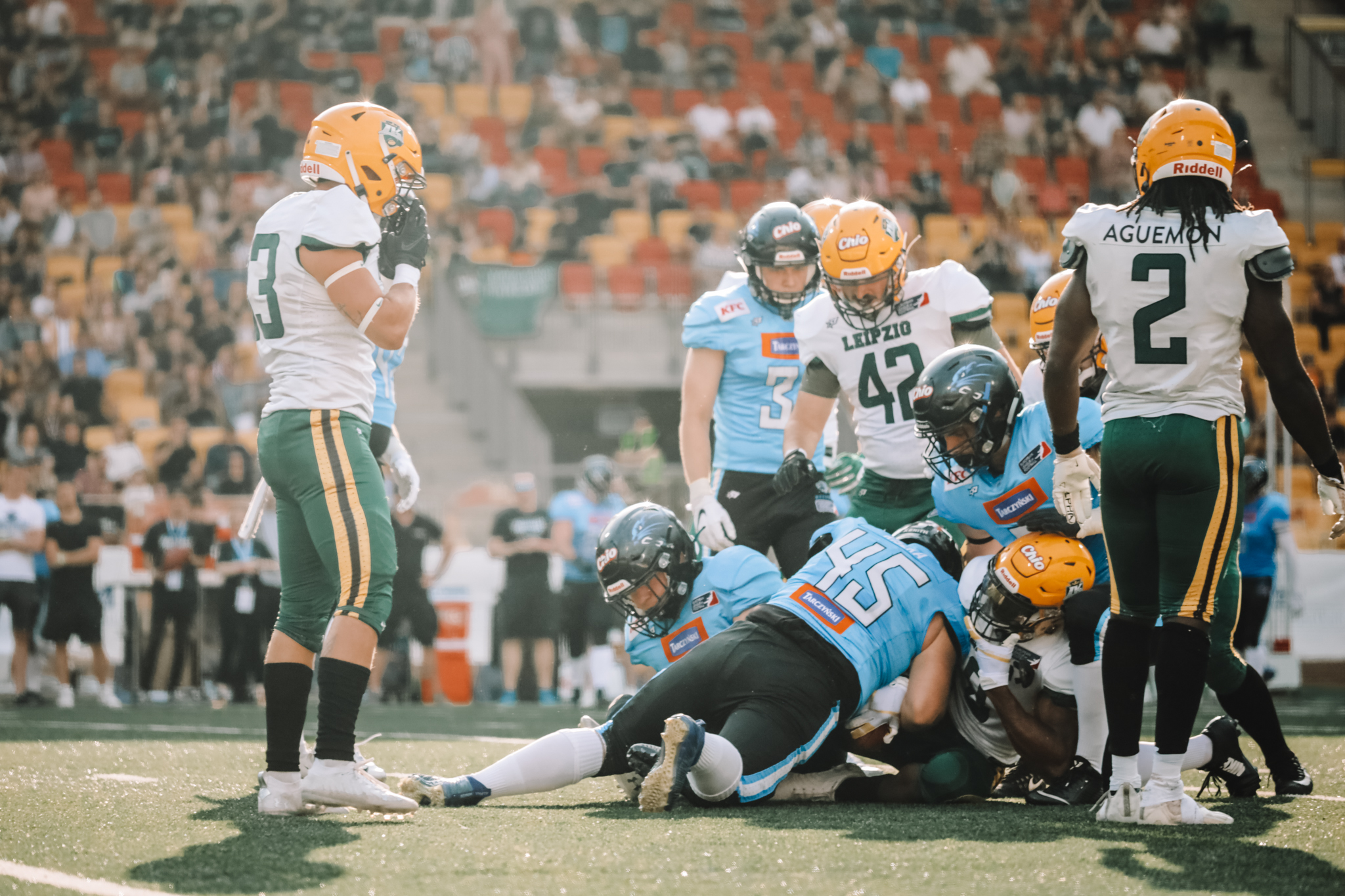 Highlight after highlight in three exciting games that were not as close as the week before but also not less impressive in any way. Field goals were blocked and turned into touchdowns, plus another running performance for the ages. We had everything. Let’s have a look at the stats some players put up on paper.

Starting with the Kings and Panthers game on Saturday, it was hard to tell the difference on the offensive side of the Panthers. Having Lukas O’Connor under center seems like the perfect deal for the Polish franchise that dominated their game from early on. O’Connor had another 300+ yards performance with four touchdowns. With Pasqualini having another two touchdowns and his Polish receivers Dziedzic, Mazan, Banat, and Zieba having high production, the Panthers are one of the scariest teams of the north. Despite the fact that the Kings had two sacks on defense and three touchdowns thrown by Michael Birdsong, the rushing attack just gained over 100 yards on 24 attempts which resulted in no running back having over 30 yards for the Kings. Defensive back Darius Robinson had another touchdown for the Panthers, this time by returning a blocked field goal to the endzone; his second score in his second game as a defensive player.

Looking at the game between the Centurions and the Dragons, there was a player delivering again: Madre London, running back for the Cologne Centurions. In 36 combined rushing attempts for the Centurions the team gained over 400 yards on the ground which resulted in 11.1 yards per attempt. With London gaining 352 yards himself, his quarterback Jan Weinreich had no problem with 127 yards passing and six completions on 13 attempts. Remarkable as well: The Centurions allowed no sacks and had three sacks themselves against the Dragons quarterback. Barcelona quarterback Zach Edwards on the other side had 299 yards passing and two touchdowns, with Jéan Constant, Flores, and Bertellin giving their best. Not a bad game but in the end not enough for the Dragons to catch up with the heavy rushing-scheme by Centurions Head Coach Kirk Heidelberg.

The Surge had problems defending the pass in week one against the Dragons and landed more pressure in week two but still had trouble handling the receivers Frankfurt has on their roster. Galaxy quarterback Jakeb Sullivan was asked to step up and delivered: 198 yards passing, two touchdowns, no sacks and no interception were the outcome. He was regularly running his way through the defensive line when he was asked to do it which makes him a solid cornerstone of their offense. How football usually works: if you develop the run or pass, the other one opens up. Gennadiy Adams had another big game with two touchdowns and 115 yards and even young backup Gerald Ameln ran in one touchdown and gained 77 yards. An impressive game by Surge linebacker Dale Warren (14 tackles, one tackle for loss, one sack) as well as heavy pressure from defensive lineman Marcel Fürst were not enough to stop the Frankfurt Galaxy on Sunday.