Another week with outstanding performances all over the league! 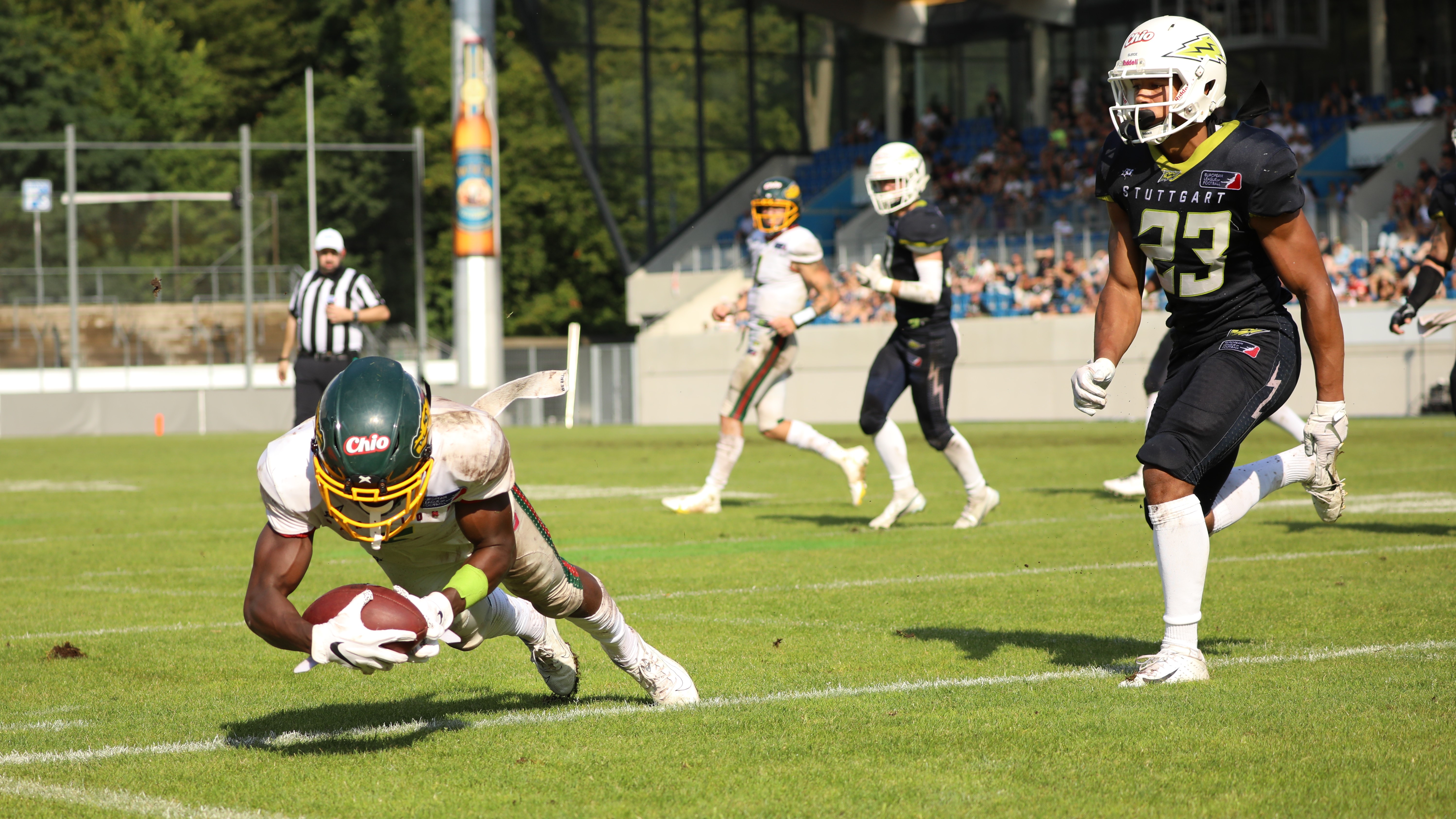 With week nine in the books, Europe’s best athletes had another week of showing off. Some players came out as big surprises, some exceeded expectations. We focus on the ones who made looking football in Europe exciting again.

The first game of the week featured a well-built Sea Devils squad that travelled to Berlin Thunder. The Sea Devils steamrolled the Thunder in the first half, but the Thunder got back in the second half to make it a close game. The first half was the half of tight end Adria Botella Moreno, the Spanish tight end, who extends his favorite target spot for quarterback Jadrian Clark. Three touchdowns for Botella Moreno and a good running performance by Xavier J. Johnson were enough to lead the Sea Devils over the field. 120 yards for the Florida native helped the Sea Devils to open up space for pass plays. Thunder wide receiver Seantavius Jones caught two touchdowns thrown by quarterback Calvin Stitt in another impressive outing. The league‘s leading tackler Wael Nasri, linebacker for the Berlin Thunder, developed his game further and made another 15 tackles within four quarters of a game.

In a dominant performance in all three phases of the game, the Galaxy players showed great performances all over the field. With Jakeb Sullivan leading the offense, the Galaxy produced 330 total offensive yards, 24 of 36 passes complete, and only one interception and three touchdowns. The defensive side of the Galaxy was even more impressive. With four interceptions including two that were returned for touchdowns; the Galaxy had a hell of a game. Because that’s not enough, defensive back Joshua Poznanski was responsible for both pick six which made him the “Chio MVP ofthe Week”.

In Stuttgart, the Dragons had one duo that had the league in chains all year: wide receiver Jéan Constant and quarterback Zach Edwards. The wide receiver profited of good throws by his quarterback while extending plays to touchdowns and important first downs. Constant finished with 128 yards and three touchdowns while Edwards threw for 214 Yards and four touchdowns to lead his team to win and therefore closer and closer to a possible playoff spot. The defensive front of the Dragons came up with enough pressure to make their way into the playoffs as well.