The Berlin Thunder are in the middle of a well organized off-season. After Björn Werner took over as the sporting director, the Thunder are working their way up to compete with the Hamburg Sea Devils, Wrocław Panthers and Leipzig Kings in their conference. 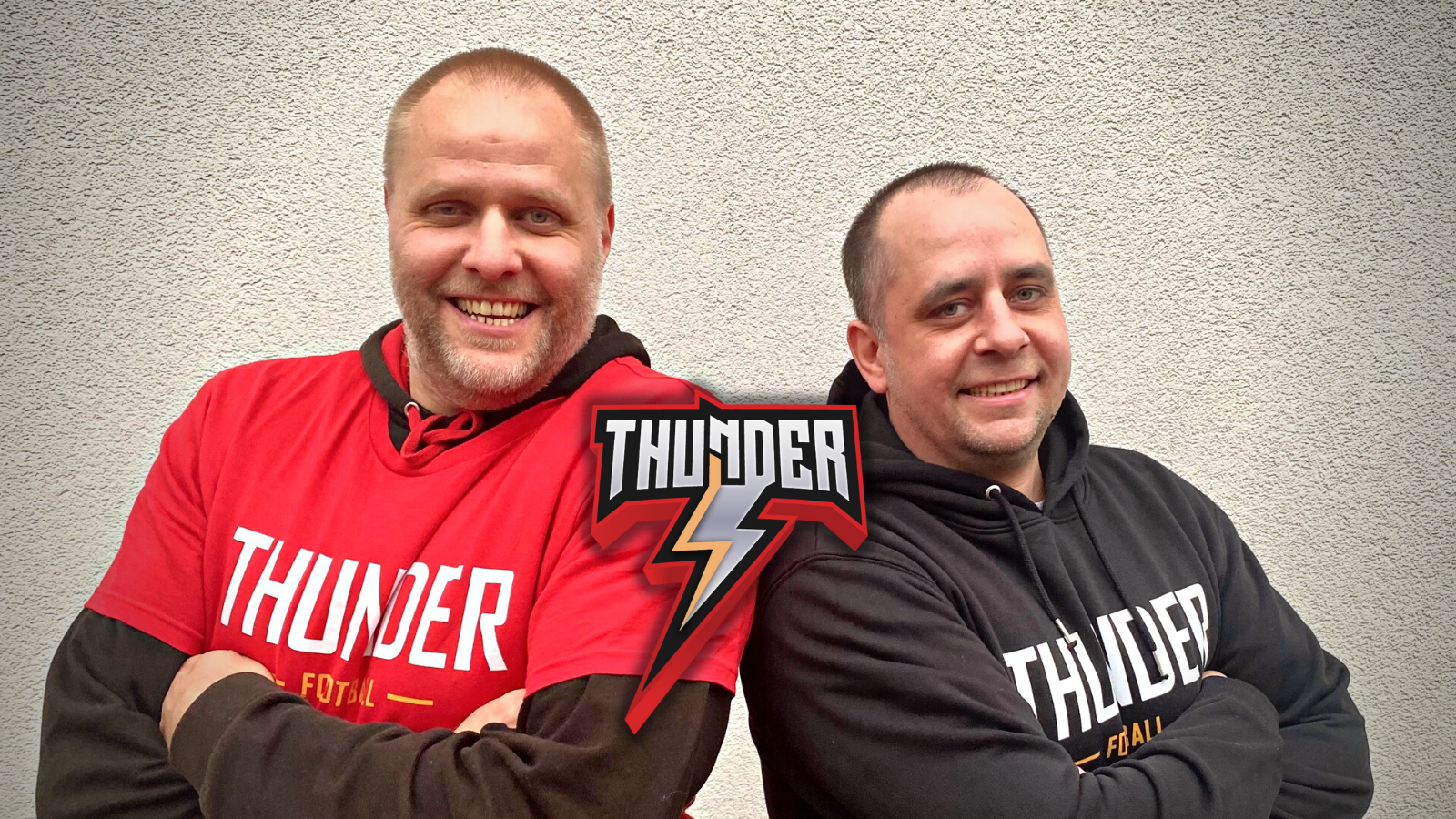 Jörg and Ron Bauerfeind will work on the Offensive Line and Special Teams next season for the Thunder. ©Berlin Thunder

Both coaches had their home with the Berlin Adler, while now making the step into the best European league. After signing Christopher Kuhfeldt as defensive coordinator/strength & conditioning coach and Johnny Schmuck as head coach, the coaching staff grows even more.

New Head Coach Johnny Schmuck is convinced of both coaches: "With Jörg and Ron we have the most important coaching position on the offensive side perfectly covered. Jörg is an extremely experienced coach who will make sure that our O-Line can constantly improve and develop and will be 'ready for combat'. He brings exactly the mix of old- and new-school that we are looking for and need. We are lucky to have his brother Ron on board as an assistant, who also coaches the unit when Jörg is in charge of the special teams. He has a lot of experience there and coordinated it successfully last year with the Berlin Adler. I'm very happy to be able to work with both of them in the coming season and I'm convinced that they are the optimal line-up."

The Thunder have already signed their quarterback Joe Germinerio, "Defensive Player of the Year" Kyle Kitchens, defensive talent Ben Nauenburg, as well as re-signed Joc Crawford and Nicolai Schumann. The signs are set for attack.