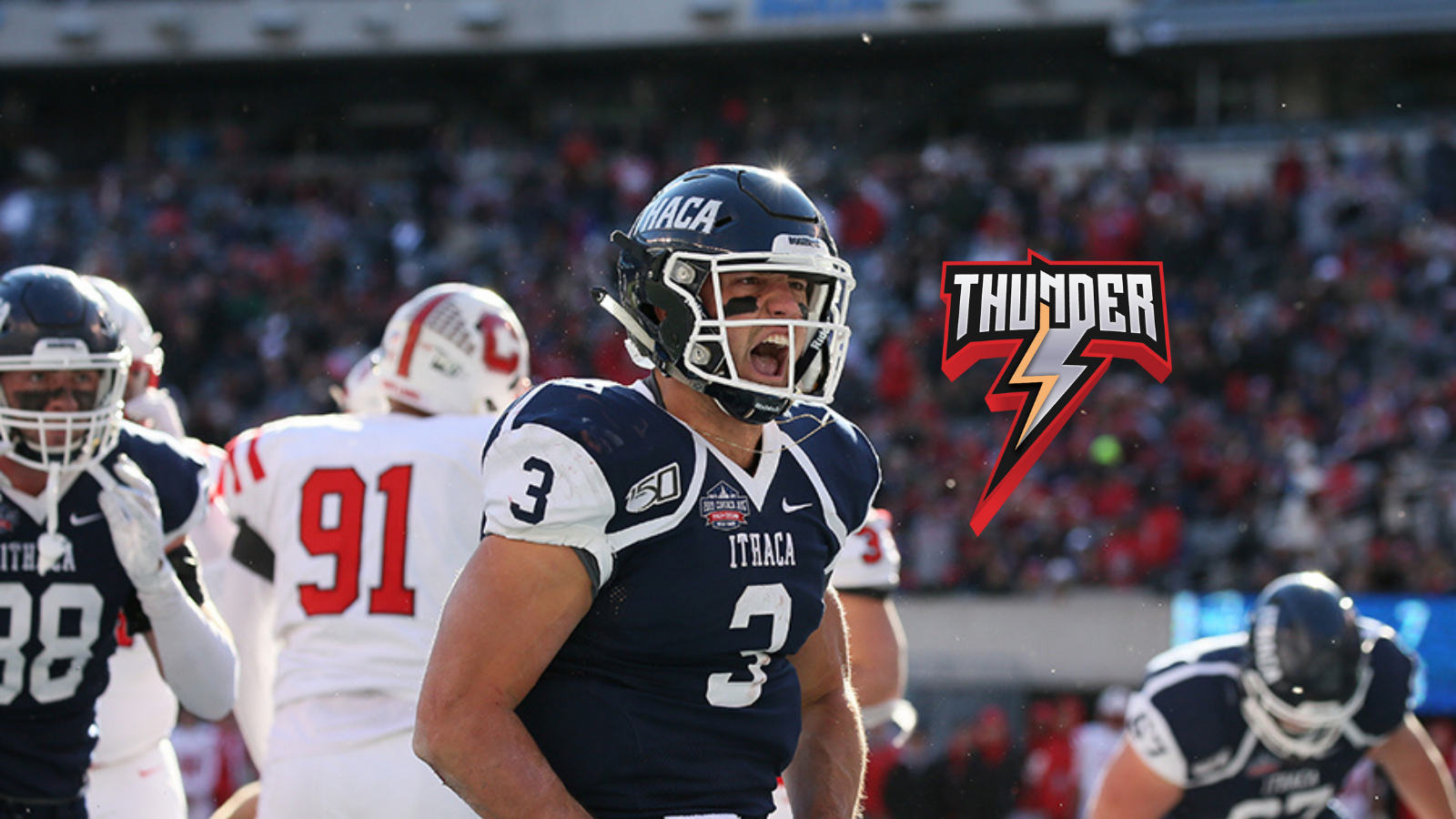 The offense of Berlin Thunder got their quarterback set for the 2022 European League of Football season. With Joe Germinerio, one of the best quarterbacks of Europe in the last years joins the Thunder in the capital city of Germany.

Germinerio began his collegiate career at the College at Brockport in the state of New York and transferred to Ithaca College for his final season.

He finished his freshman year as the Eastern College Athletic Conference and Empire 8 Conference Rookie of the Year. He was named East Region Player of the Year each of the next three years.

Last year, he played for the Kiel Baltic Hurricanes and finished with 2265 yards, 21 touchdowns and six interceptions. In one game, Germinerio set a new all-time record for total offense yards in Germany's top division with 62 running yards and 599 passing yards -  661 yards total - bringing a lot of offensive quality to the capital city.

"Joe is a real coup for us. For me, he was the best and most dangerous QB in the GFL last year (Kiel Baltic Hurricanes). Joe is a physically strong dual-threat QB and a great leader who makes every teammate better. He will bring a lot of joy to Thunder fans and some headaches to opposing coaches."

Director of sports and co-owner Björn Werner as well as head coach and offensive coordinator Johnny Schmuck saw enough to get Germinerio into the best American Football league in Europe.