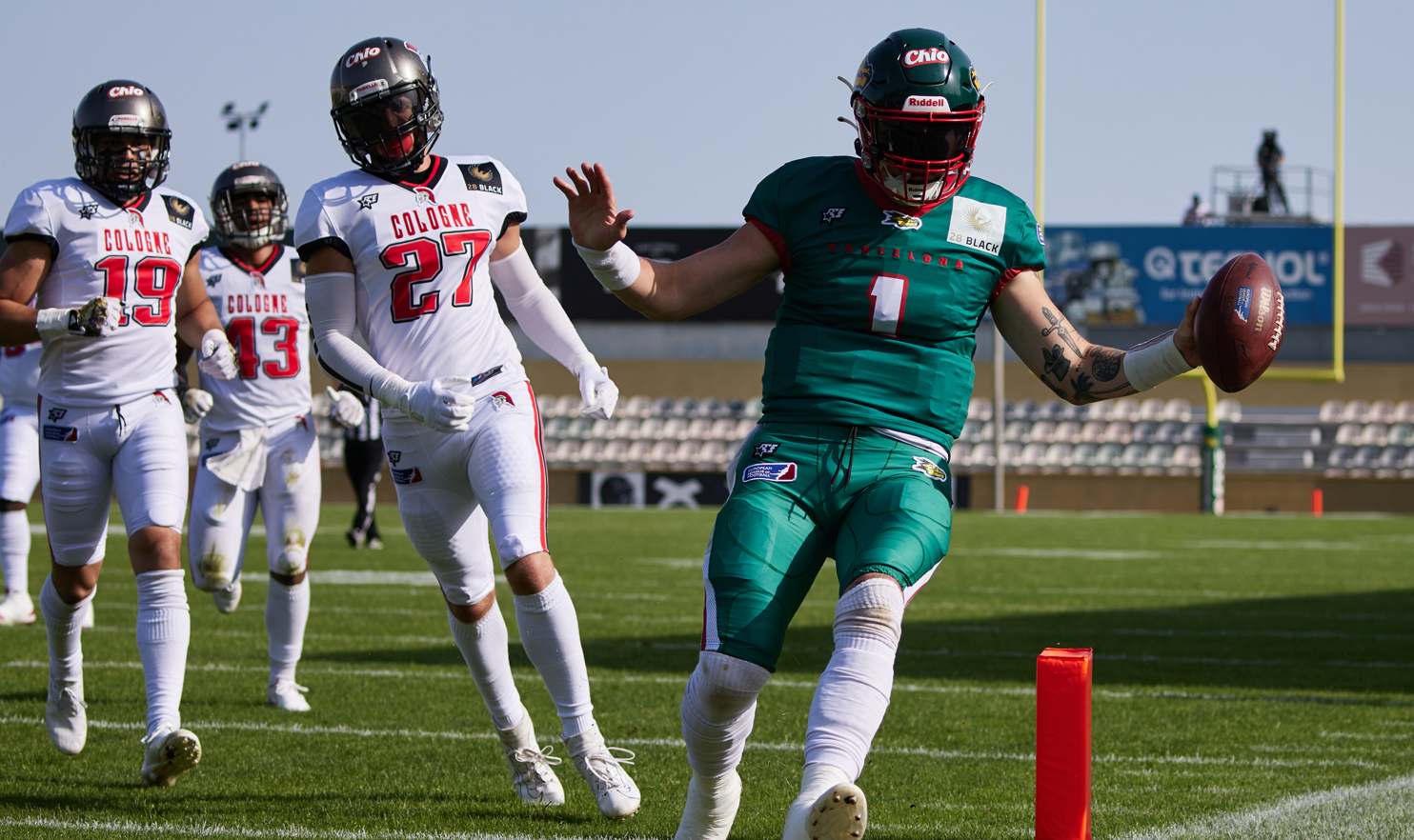 Zach Edwards could be the deciding factor? © Eric Ribé

A live look at the Barcelona Dragons and Rhein Fire shows the willpower that’s burning inside their organization. With #FeelTheFire and #BringTheFire, there might be actual fireinvolved somewhere. Apart from that, both teams bring momentum. While the Barcelona Dragons won against the Surge, last year’s finalist Sea Devils and Cologne Centurions, the Rhein Fire won against last year’s finalist Galaxy, the Kings and Istanbul Rams at home and thus currently opponents that are very well distributed in terms of performance level. A good average, which underlines the consistency and steadiness of both.

What will matter for both football teams?

Looking at the Dragons, the standout performers on offense are all working in the passing game. Their pass attack ranks second in the league, while their run game is ranked eight. Offensively and in scoring, the Dragons are in the top five. Rhein Fire, on the other hand, are in the top four of every major category on offense, including rushing, passing, total offense and scoring. Solid numbers for a newcomer. It will likely come down to their defenses. While the Dragons are nineth in pass defense, the Rhein Fire are tenth. Coming through the air, both teams go into week four looking like real contenders, so it will be on their secondaries to deliver high quality football.

While Kyle Sweet is the number one receiver in the European League of Football right now by yards (only Pounds is higher by TDs) and Zach Edwards is throwing dimes regularly, the Rhein Fire are at least equally strong. Robitaille, Knüttel, Kwofie and Week 3 MVP Matt Adam are rolling.

This is going to be a fun game in all aspects, without a doubt.