The multi-positional player and 2021 All-Star Niko Lester will switch from defensive back to running back for the Dragons in 2022! 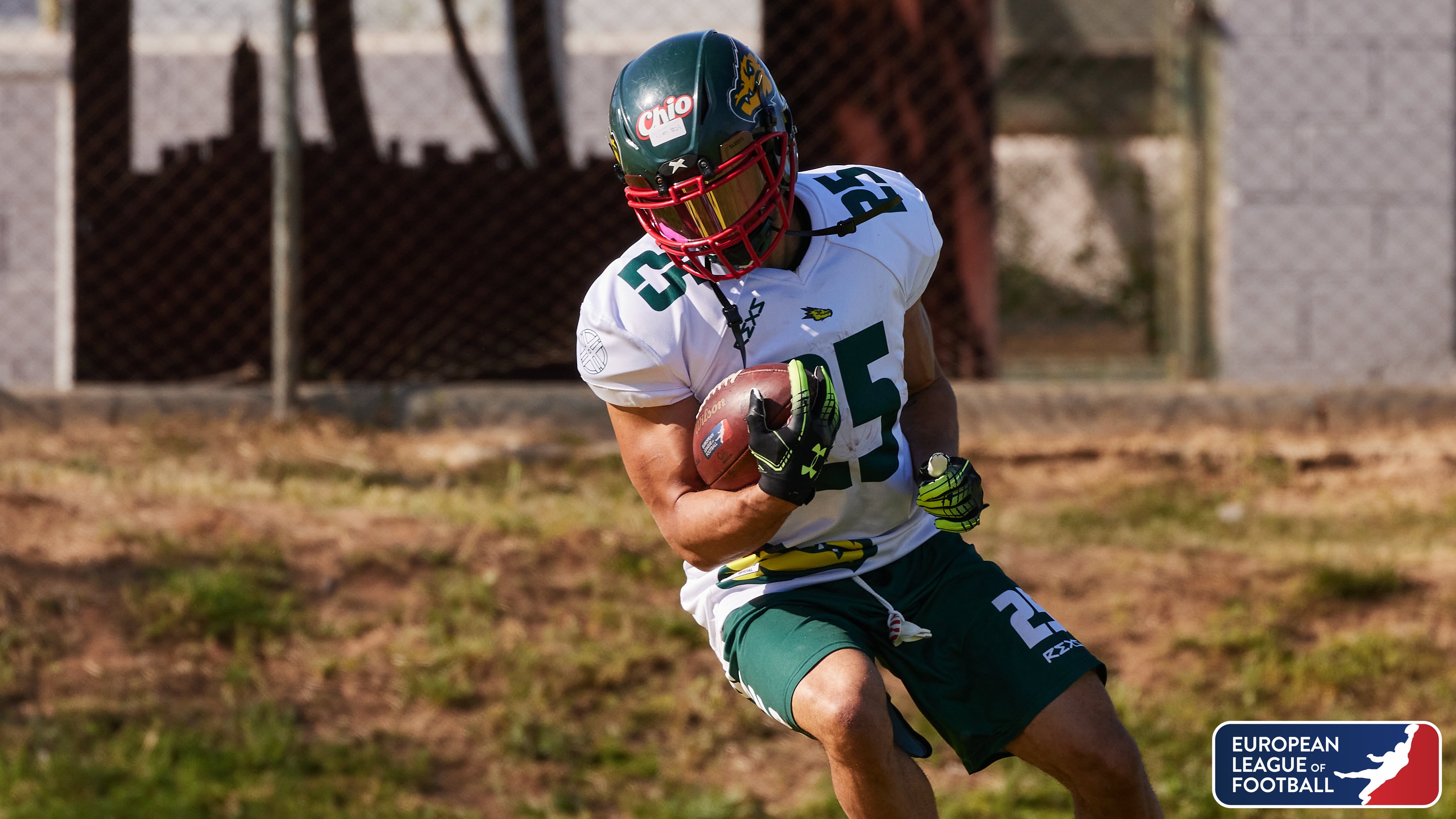 Having said that, Lester played defensive back for the Spanish franchise in the inaugural season of the European League of Football and ended up being part of the 2021 All-Star team. Now, the German athlete will switch to the offensive side of the ball.

“Ever since I started playing American Football I wanted to play running back,“ Lester admitted. “I'm a huge Adrian Peterson fan, so I started studying the running back position and hoped one day I will get a shot to play it“.

From the coaching perspective, Dragons’ head coach Weidinger has no doubt that Lester will do great at running back. “He could probably play any skill position on offense and all four spots in the defensive secondary,” the NFL experienced head coach noted. “In fact, most people don't know this, but Niko [Lester] can throw it, too. I saw him throwing on the side at practice and the idea of putting him at quarterback legitimately crossed my mind“.

With a great year playing defensive back, fans might ask why the Dragons will put Lester at running back for the upcoming season. According to head coach Weidinger, the answer is pretty simple.

“[…] The reason Niko [Lester] switched from being a defense only player to primarily being an offensive player was the departure of some of our playmakers from last season,” Weidinger acknowledged. “So, we said we could search the globe to find those guys, or we could make Niko walk about 15 yards over to the offensive side, turn him around and then give him the ball.  It's worked out pretty well so far.

When asked if Lester will only play at running back for the Dragons, Weidinger pointed at the advantage a player like him brings to a team. “[…] If Niko [Lester] proves he can contribute at a high level at multiple positions then he will play multiple positions“, head coach Weidinger commented. “The biggest difficulty with a player like Niko is making sure you're maximizing the talent. The biggest difficulty for Niko is processing the millions of different rules and adjustments that each position has.  You don't want to bog down your best athletes with a whole lot of thinking. The next couple of weeks will decide what role Niko [Lester] plays for us“.

Keeping Weidinger’s NFL experience in mind, the next weeks of training camp will be crucial to determine the exact positions Lester will play for the Dragons in 2022.

No matter the outcome, the advantage of having such a multi-talented player for the Dragons team will not go to waste. “I will do and give the best I can to help my team come out on top,“ Lester stated. “Each and every game , and wherever coaches decide to put me or need me, I will play to my best capable abilities.”

During the interview, Lester noted that keeping his exact positions a disguise would be an advantage for the Dragons. “[It] obviously wouldn't be smart of me to disclose my playing style and give teams the advantage to gameplan. Like [head] coach Weidinger said, I might end up playing quarterback, who knows,” Lester jokingly pointed out.

At the end of the interview, Weidinger underlined the importance and the advantage of having Lester on his roster once more. “[…] He went from starting on defense to lining up just about everywhere on offense and he looks like he's played offense his whole life […]. He wants to learn, he wants to improve, and he wants to contribute. You can't ask for anything more than that.“

More news around the Dragons here!