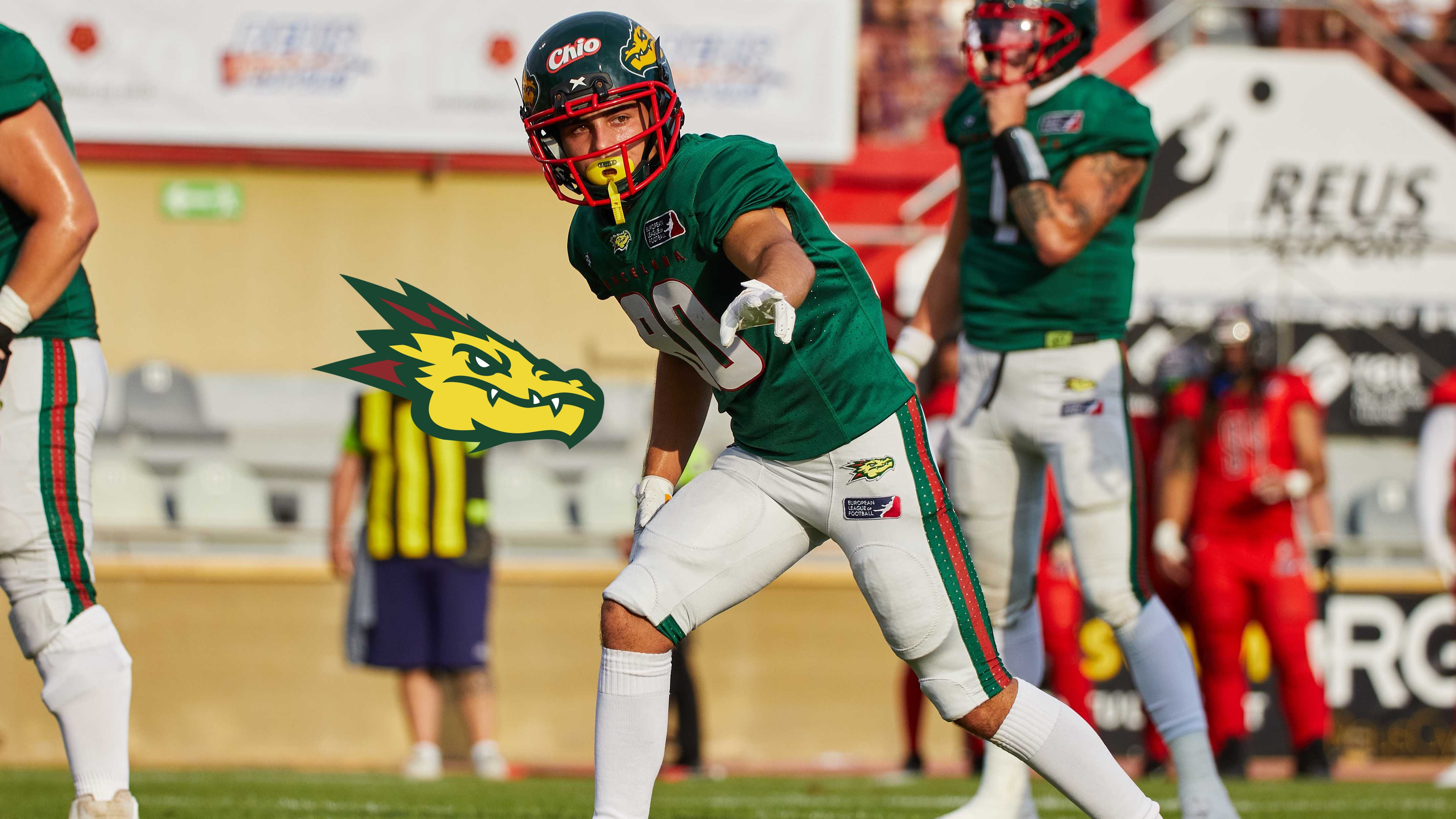 As reported by the Spanish franchise, the Dragons re-signed wide receiver Jordi Torrededia to their roster for the 2022 season in the European League of Football.

“I’m very happy and excited for the next season, I think that our team is going to play a key role in the league”, Torrededia explained in an interview.

After logging in 65 receiving yards and two touchdowns for the Dragons in 2021, the local hero will stay in Barcelona to catch passes from quarterback Zach Edwards for a second consecutive year. “My goal for this season is to improve my skills and contribute to the team as much as I can”, the Spanish wide receiver commented on his goals for the upcoming season.