The 2022 Championship Game will take place in under two weeks and features the two best teams on the continent of Europe! 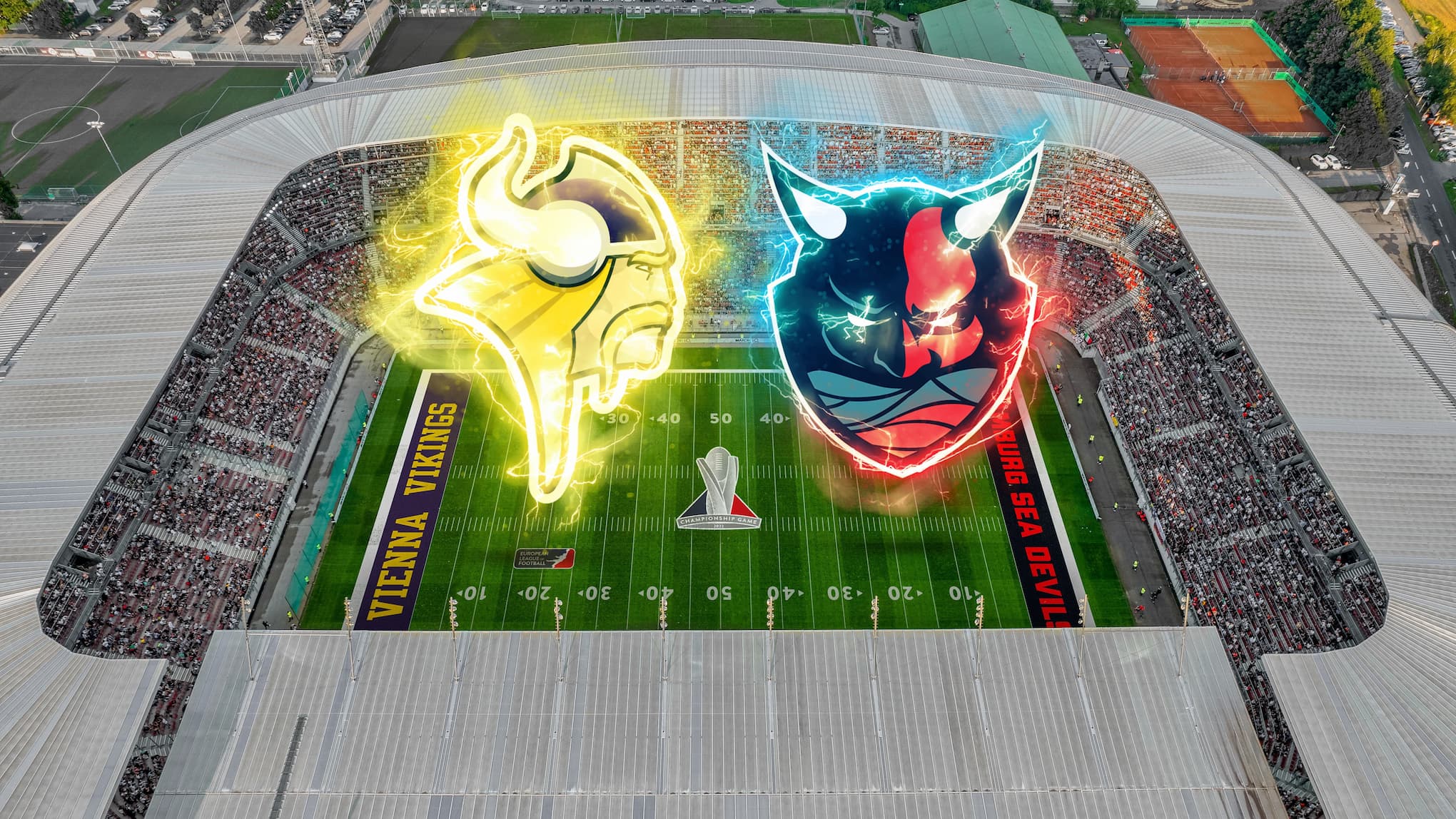 Are you ready for a show? This year’s Championship Game features a lot of great players who are worth rooting for. Besides the game itself, the European League of Football has planned a weekend full of activities and highlights like the Honors Show on Saturday, 2September, and the fan party right after the show.

But what are the biggest storylines surrounding the long-awaited 2022 Championship Game?

Will Kasim Edebali retire if the Sea Devils win in Klagenfurt?‍

It is widely known that the 33-year-old former NFL pass rusher plays with the thought of retiring when the 2022 season of the European League of Football is over. A championship with the Sea Devils from his hometown in Germany would certainly round up his career and would thus give him another reason to take the chance of ending his active time as player on a high note.

So, will we see Kasim Edebali’s last game as an active player in Klagenfurt September?
‍

Rewatch the 2021 Championship Game by clicking on the video below!

Are the Vikings ready to tackle RB Glen Toonga?‍

No team in the European League of Football was able to stop Glen Toonga on the ground so far. With his 1468 rushing yards, the British halfback leads the league by a wide margin.

On average, Toonga rushed for 122.3 yards per game and added almost two scores per contest as well. It will be key to stop Toonga from taking over on the ground to win against the Hamburg Sea Devils in Austria!

The Hamburg Sea Devils were just on franchise out of three to start the 2022 regular season with a non-American quarterback. However, German dual-threat quarterback Salieu Ceesay definitely held his own over the course of the 2022 campaign despite being benched for backup quarterback Moritz Maack in the playoffs. But after a season-ending injury suffered by Maack, Ceesay is in line to start the Championship Game in Klagenfurt.

Ceesay threw for 1599 yards over twelve games which ranks ninth in the league. He also threw for nine touchdowns compared to four interceptions and averaged an 89.27 quarterback rating.

Will the Vikings find a way to trick the young quarterback in giving the ball away or does Ceesay have what it takes to play a championship game without any big mistakes?

Can the Sea Devils make the Vikings one-dimensional on offense? ‍

The Vikings offense profited from being well-rounded over the course of the 2022 season. If you take away the run, quarterback Jackson Erdmann will make sure to find his weapons like wide receiver Jordan Bouah or tight end Adria Botella Moreno. If you try take away the pass, the Wegan-brother are ready to punish you for that decision.

So, as an opposing defense you have to choose your poison.

As far as the passing game is concerned, Erdmann did not have a game without an interception since Week 5 of the regular season. However, Erdmann was often times not under heavy pressure when he threw an interception. And with such a dominant defensive line, the Sea Devils could try to only bring a four-men pressure and keep the rest of the defense swarming the field.

Whatever happens, it will be interesting to see how the Sea Devils will defend the most balanced offense they had to face the entire 2022 season.